Due to the current situation regarding the COVID-19 virus, the CODART 23 congress will not take place. The information below is provided for informative purposes only and is no longer applicable.

The former stables at Drottningholm Palace house the Adriaen de Vries Museum. The museum contains the world’s largest collection of this artist’s work. As it is not possible to visit the Adriaen de Vries Museum on an individual basis, we offer CODART 23 participants an opportunity to join an optional excursion to visit this unique collection on the afternoon of Sunday 14 June.

Many of the original works by the sculptor Adriaen de Vries (1556–1626) have been on display in the museum since 2001. These are some of the original sculptures that were placed in the Drottningholm Palace Park from the late seventeenth century onwards, replaced in the gardens by modern bronze casts.

Please note: if you join this visit, only the visit to the Adriaen de Vries collection will be arranged by CODART. This means that you have the rest of the day to visit the rest of the palace grounds at your leisure (free of charge with an ICOM card). The visit concludes with a scenic boat trip back to the city center of Stockholm, in order to be back on time for the opening reception. This is optional and an extra fee of €18 applies. You can also travel back individually.

Built in the late sixteenth century in Renaissance style, its interior was updated in the French rococo style in the 1750s. After it fell into disrepair in the nineteenth century, the palace was renovated in the contemporary fashion of the late nineteenth century. In 1907 a four-year restoration campaign returned the palace and its grounds to its former eighteenth-century state. The Palace has been restored and modernized since 1977. 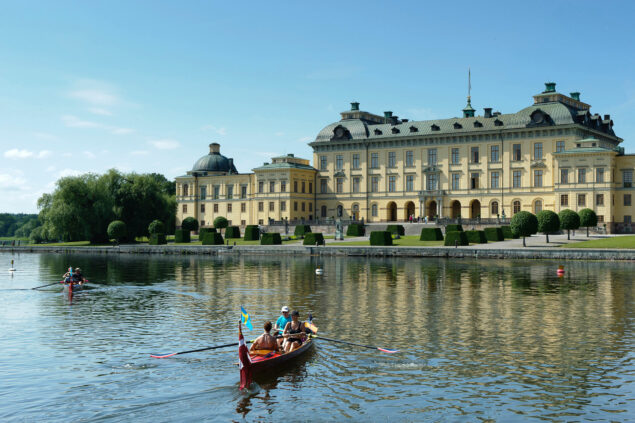 You can visit the palace itself at your leisure and go around the interior. Your ICOM card gives you free access to the palace. There are several other things to explore within the palace grounds, such as the Chinese Pavilion, the Royal Chapel, and the Palace Theater. The Chinese Pavilion dates from 1753 and was built when all things Chinese were the latest fashion. The theater was built in the mid-eighteenth century and is one of the best-preserved theaters from that period worldwide. To visit the theater, you will need to sign up to one of the guided tours that take place several times a day. Don’t forget to take a stroll around the palace park. Wander around these gardens, which include a formal garden planned in the late seventeenth century and an English-style park that was landscaped around a century later.

Join us for a beautiful bike tour at Royal Djurgården – once a royal hunting ground, until it was opened to the public in the mid-1700s. This museum island in the center of Stockholm offers memories of the past, beautiful palaces, gardens and animal life. The bike route will lead along the shoreline, passing museums, Skansen – the world’s oldest open air museum – and places of historic interest. We will visit some of the most beautiful museums in Sweden: we will be welcomed by the museum director Karin Sidén at Prins Eugens Waldemarsudde and Patrik Steorn at Thielska Gallery. The tour will be led by Camilla Hjelm, Chief Curator of the Spökslottet.

This walking tour is dedicated to the history of Stockholm and its connection to Dutch and Flemish history, art and architecture. Martin Olin, Director of Research at the Nationalmuseum, will take you on a guided tour to various highlights in the old city.

The designs of many of Stockholm’s most important buildings reflect foreign influences. In the sixteenth to eighteenth centuries, architects and artists from different European countries contributed to Stockholm’s cityscape. The tour will focus on the architecture of the islands in the old city. It will include visits to several churches, such as the Church of St. James, the Storkyrkan (Old Church), the German (or St. Gertrude’s) Church, and the Riddarholm Church, the final resting place of most Swedish monarchs. Many of the buildings and other locations that you will be visiting on the tour have a connection to Dutch and Flemish artists and architects, such as the Flemish painter, sculptor and architect Willem Boy who was involved in the building of the Church of St James. 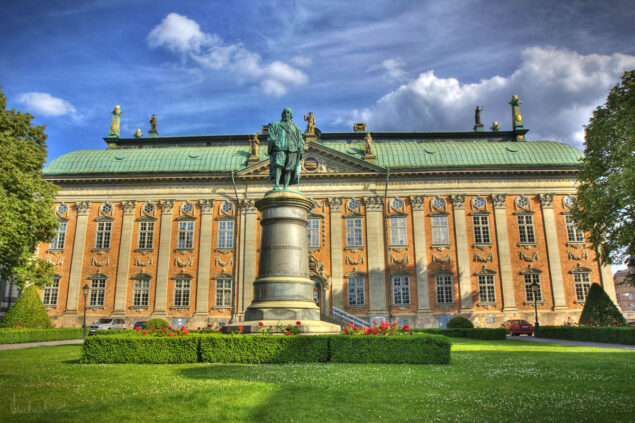 We will end the tour at the Riddarhuset, where the opening reception will take place. Built between 1641 and 1675, the Riddarhuset has remained more or less unchanged since its construction. Its façade was designed in the Dutch Classicist style by Joost Vingboons (c. 1620–1698), an Amsterdam architect who is also known for buildings including the Trippenhuis in Amsterdam.

Optional visit: Visit to the collections of 18th- and 19th-century French and Scandinavian art with curators of the Nationalmuseum

During this excursion, you will explore the eighteenth and nineteenth-century collections of the Nationalmuseum. Swedish art from this era is well-represented with artists like Carl Larsson, Ernst Josephson, Eva Bonnier, Hanna Pauli and Anders Zorn. Swedish nineteenth-century painting was marked by the influence from above all German and French art. In the early 1800s, Swedish landscape painting was characterized by a romantic view, while portrait- and figure painting often were based on a classical tradition. Later in the nineteenth-century, painting became more influenced by a realist style. This visit to the Nationalmuseum offers you the possibility to explore the connections to French painting as well, as the museum’s collection of French eighteenth-century art is regarded as one of the best in the world. 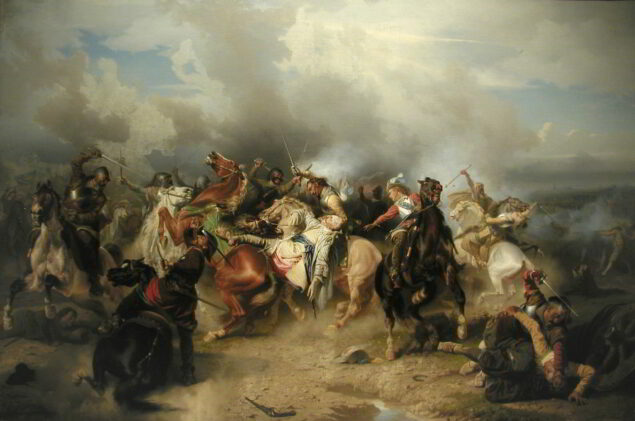