Two medieval altarpiece fragments have been acquired by Museum M in Leuven. Sven Gatz, the Flemish Minister for Culture, decided to acquire the Flemish masterpieces and gave them on long-term loan to the Leuven museum.

Made in the early sixteenth century by the Leuven sculptor Hendrik Roesen, the two pieces depict four Roman horsemen and were meant to flank a crucifixion altarpiece. The very finely detailed figures bear the signature of Hendrik Roesen, which is unique for early sixteenth-century sculpture because most contemporary objects are unsigned.

The new acquisitions are on display until 19 April 2020, after which they will be transferred to the museum depot for further research. The figures will be included in an exhibition on Hendrik Roesen in 2021.

See the press release (in Dutch) for more information and high resolution images. 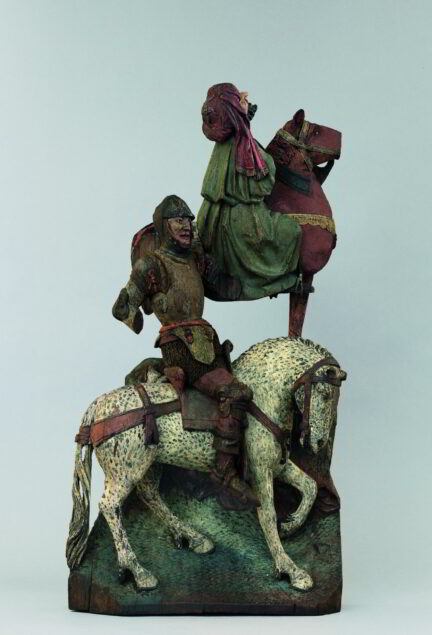