The Bremen businessman Carl Schünemann has donated 35 paintings, most by Dutch masters, to the Kunsthalle Bremen. It is the most significant bequest of Old Master paintings since the museum was founded nearly 200 years ago.

Information from the museum, 15 September 2017

For decades, this private collection remained a secret: now the Bremen businessman Carl Schünemann has donated his valuable collection of Old Master paintings to the Kunsthalle Bremen. The core of the collection consists of 32 paintings by seventeenth-century Dutch masters. In addition, it includes a Tuscan Madonna panel from around 1400 and an eighteenth century panorama of Venice by Michele Marieschi. It is the most significant group of Old Master works that the Kunstverein, which remains to this day the responsible body of the Kunsthalle Bremen, has received since it was founded in 1823. With this gift, Schünemann has joined the ranks of great Hanseatic patrons of the arts.

Carl Schünemann comes from a prominent publishing family in Bremen. He is the fifth generation to manage the Bremen print and publishing company Carl Ed. Schünemann KG, which, in addition to its venerable newspaper arm, also publishes an extensive book program, including art historical literature on seventeenth-century Dutch painting. In personal interaction with art experts such as Walther Bernt, Ingvar Bergström, Laurens Bol and Horst Gerson, Schünemann over the past fifty years has gathered a major collection completely unknown to the public. Only on rare occasions have individual works been shown in exhibitions. At the moment, The Serenade, a major work in the collection by Jakob Ochtervelt, can be seen in the show Vermeer and the Masters of Genre Painting (till 17 September 2017), which was first shown at the Louvre in Paris, is now at the National Gallery of Ireland in Dublin, and will subsequently travel to the National Gallery of Art in Washington, D. C. 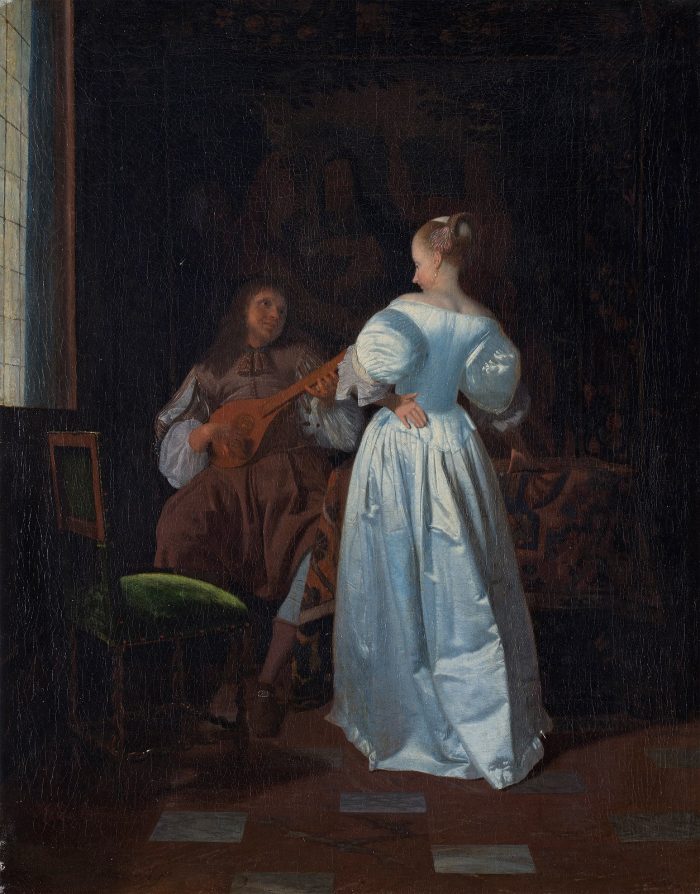 Masterpieces in the Schünemann Collection

The collection of Netherlandish art includes still lifes, genre paintings, landscapes and marine paintings. Many works are distinguished by unusual art historical features, such as the only signed painting by Jeronimus Sweerts or the only still life created by Willem van Odekercken, who specialized in genre painting. In addition there are rare motifs, such as Tobacco Still Life by Hubert van Ravesteyn, which shows a packet of tobacco printed with a black man smoking as advertising. Extensive groups of landscape and marine paintings provide an overview of the great variety found in these types of subjects. The delicate ice skaters by Adam van Breen, created in 1611, is an early example of Dutch landscape art, similar to the 1622 work Village Landscape by Jan van Goyen. Winter landscapes, a moonlight painting by Aert van der Neer and dunes at the seacoast can be found alongside traditional Dutch river landscapes with cows and a windmill, painted in 1667 by Salomon van Ruysdael.

Schünemann went to sea himself and, due to his special interest and technical knowledge, has a particularly strong connection with marine painting. Nine seascapes illustrate the development of this genre in the seventeenth century, with early works by Cornelis Claes van Wieringen, Hendrick Cornelisz. Vroom and Cornelis Verbeek, whose finely painted copper plate shows ships with thundering canons in a strong swell, dramatically heightened by the appearance of a giant fish. A contrast to this is the calm, reflective surface of the water in the 1691 painting by Willem van de Velde the Younger. 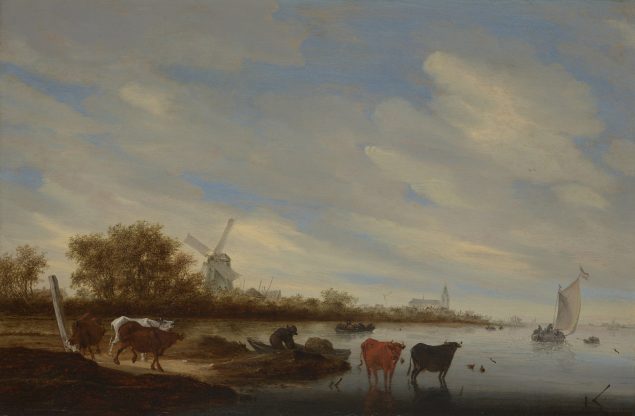 The Schünemann Collection in dialogue with the Kunsthalle’s collection

Schünemann’s donation is an outstanding addition to the collection of Dutch painting at the Kunsthalle Bremen. The new works augment existing holdings, as in area of marine painting, and create a special focus on early works by Jan van Goyen and Aert van der Neer. The donation in particular fills gaps in the area of flower still lifes and genre painting. The Italian works also fit perfectly into the collection of the Kunsthalle. This is especially true of the early Madonna panel, which complements the well-known devotional image by Masolino in the Bremen collection.