Netherlandish artist Jan Muller (1571–1628) was among the most imaginative and refined of a group of engravers that flourished between Haarlem and the imperial court at Prague around the turn of the sixteenth century. The National Gallery of Art has acquired Muller’s Mercury Abducting Psyche (ca. 1597), a series of three engravings based on a 1593 sculpture of the same name by Adriaen de Vries (ca. 1556–1626), the artist’s brother-in-law. The monumental bronze is one of the 100 masterpieces in the CODART Canon. 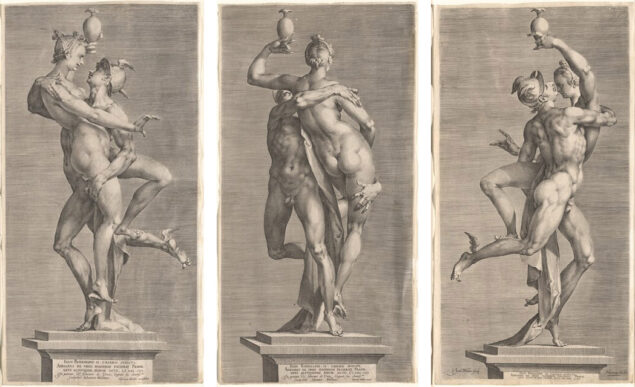