Nationalmuseum has acquired two important oil paintings by Frans Francken the Younger and Daniel Seghers, both influential artists in seventeenth-century Antwerp, the Golden Age of Flemish art. Before now the Nationalmuseum did not own any painting by Francken of this significance. And by acquiring Seghers’ large-format painting on copper, the museum is now better able to reflect the earliest period of art collecting in Sweden.

Carina Fryklund, curator old master drawings and paintings, said “We are very pleased, indeed, with these two acquisitions, which complement the museum’s holdings of European Baroque art in a most satisfactory manner. Francken’s painting is a cabinet painting of unusually large size. It is a fine example of Flemish cabinet painting as a genre, which will eventually find its place in the chronological and thematic presentations of the museum’s collections. In addition to its exceptional quality as a work of art, Seghers’ painting may also yield valuable information on the techniques of oil painting on copper, as well as the early history of collecting in Sweden”.

Frans Francken’s Wedding at Cana (ca. 1618/20), depicts the story from the Gospels of St. John about the miracle that occurred at the wedding in Cana, a popular motif in the Francken studio.The painting’s rich detail, and the figures dressed in colourful “oriental” garb, are typical of Flemish cabinet painting. The painting comes from the collections of The State Hermitage Museum in St Petersburg, parts of which were deaccessioned by the Soviet authorities in the late 1920s. It was subsequently acquired by Swedish ambassador Vilhelm Assarsson (1889-1994). Through his bequest the painting then became part of the art collection owned by the Swedish Academy, from whence it was sold to the Nationalmuseum. 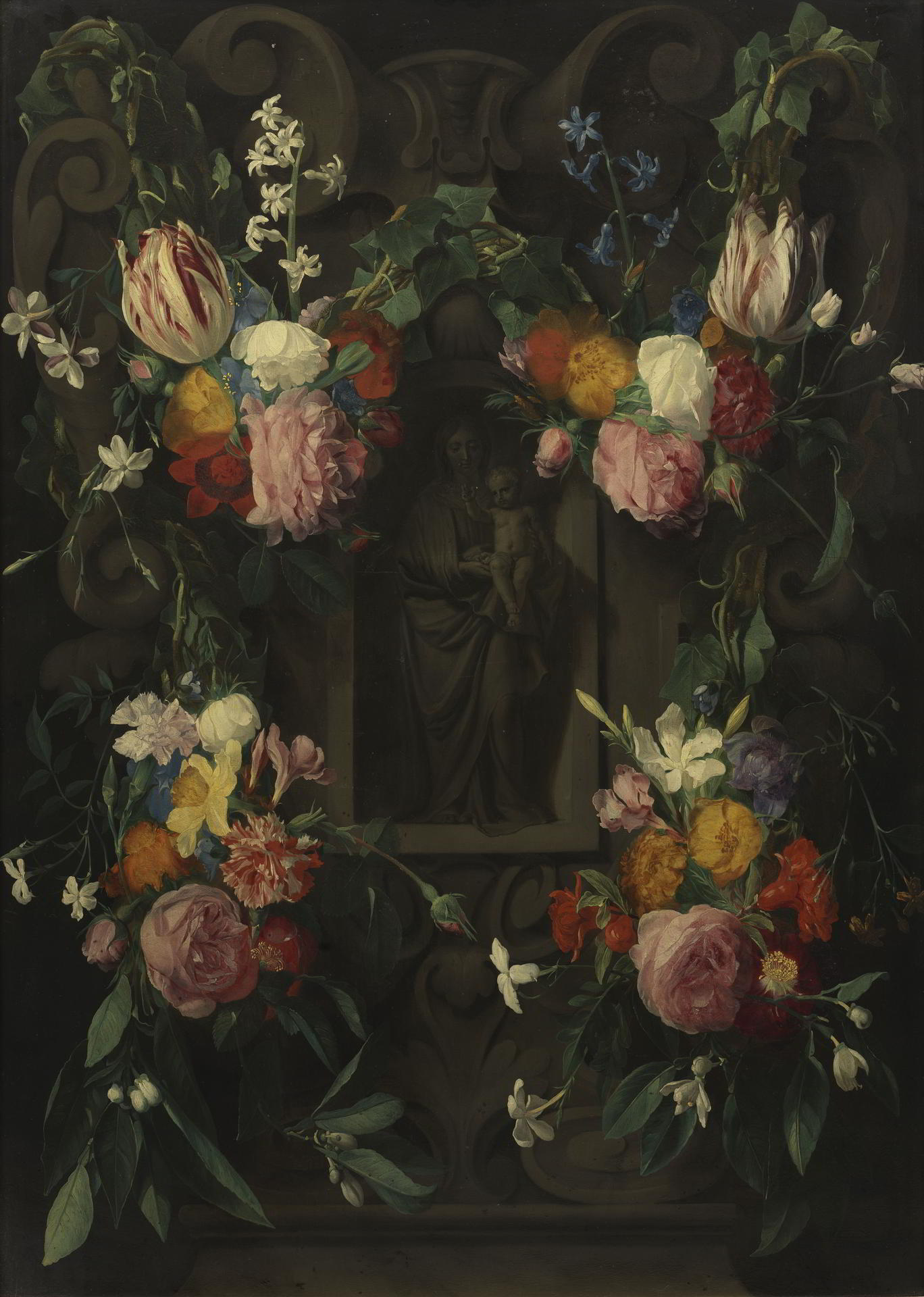 Seghers’ Flower Garland with the Virgin and Child (ca. 1645-50) was painted on an unusually large-format copper plate. The central image of the Virgin was probably executed by Erasmus II Quellinus (1607-1678), one of the artists with whom Seghers collaborated over the years. Together they produced around 29 compositions comparable to the present example, one of which bears the signatures of both artists. A majority of these works were not intended for sale but were instead used by the Jesuit Order as diplomatic gifts to European rulers and other prominent persons. The painting belonged to the well-known art collection at Österbybruk in Uppland, and thus has an early Swedish provenance. There, it was one of the most highly valued paintings in the art collection of Henrik Wilhelm Peill (1730-1797) and his spouse Anna Johanna Grill (1745-1801).