A rare cabinet by the Netherlands’ leading cabinetmaker of the seventeenth century was recently acquired by the Rijksmuseum and is currently on display in the Gallery of Honor.

Made in 1632, this ebony cupboard with mother-of-pearl inlay by Herman Doomer was in private hands for several centuries. It is believed to be Doomer’s first masterwork, and the only piece by him that can be accurately dated. This cabinet will be displayed alongside another cabinet by Doomer that has been in the Rijksmuseum collection since 1975. Both will remain on show in the Gallery of Honor until 14 March 2023.

Herman Doomer (ca. 1595-1650) was the leading cabinetmaker in the Netherlands in the seventeenth century. Born in Anrath, Germany, he settled in Amsterdam in 1613. Doomer introduced new styles and techniques to cabinetmaking, and the two rare pieces by him in the Rijksmuseum collection are exceptional examples of these developments. 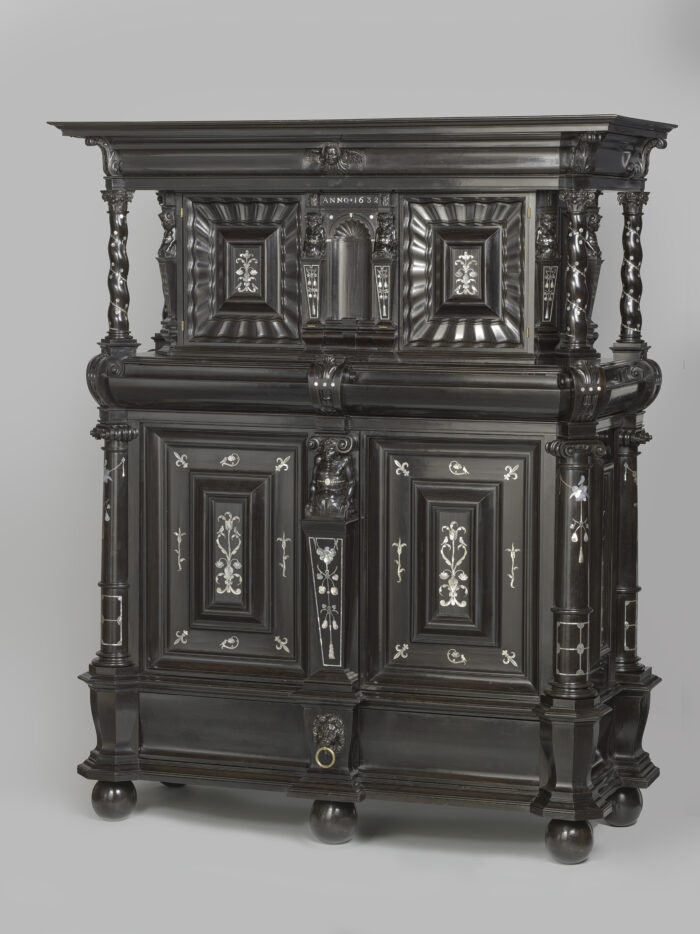 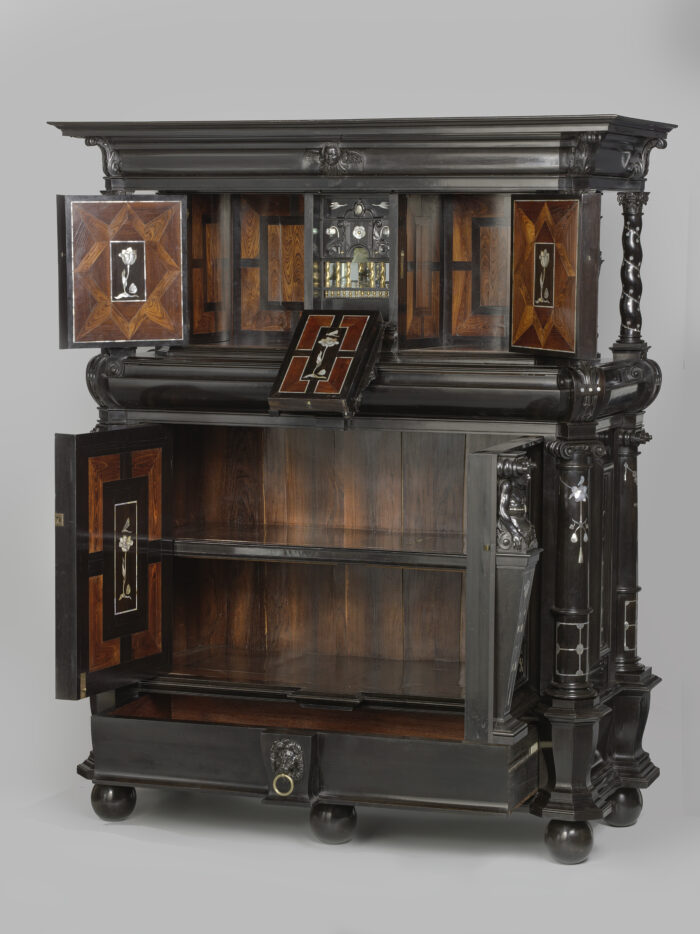 The recently acquired cabinet bears witness to Doomer’s search for a new style. While the lower section is fairly traditional, in the upper section the cabinetmaker introduced movement and Baroque innovation, such as in the fan-shaped ripple and twisted columns. The cabinet is inlaid with costly ebony wood and radiant mother-of-pearl – a combination that was entirely new to Amsterdam. The rich decorations in the interior of the cabinet include five inlaid mother-of-pearl plaques. They are signed by another renowned Amsterdam artist, the mother-of-pearl artisan Jean Bellequin.

The Rijksmuseum’s furniture restorers will be present in the Gallery of Honor on the first Thursday of each month throughout the display period. They will shed light on the restoration process and show visitors the interior of the cabinets, from 16:00 onwards on Thursday 1 December, 5 January, 2 February and 2 March.