The Currier Museum of Art acquired Boy Holding Grapes and a Hat by Judith Leyster.

The American entertainer Red Skelton owned Boy Holding Grapes and a Hat in the 1950s. The painting was given to the Los Angeles County Museum of Art in 1955, but was sold in 1977. It was lost for forty years until it appeared earlier this year, when it was discovered by the Dutch dealer Salomon Lilian. Frima Fox Hofrichter, professor of art history at Pratt Institute and the principal expert on Judith Leyster, confirms the attribution to Leyster. She points out strong connections in the painting, of shadows in the face and fingers, to signed works by the artist. 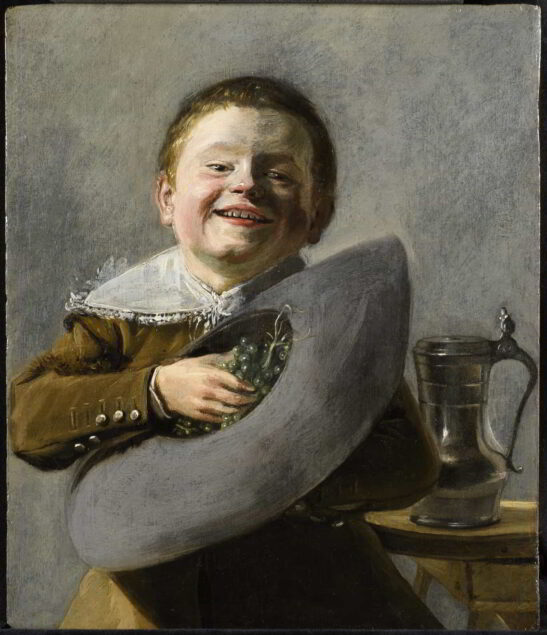 Judith Leyster was the first woman to be admitted to a professional artistic guild. She mastered an original style to capture scenes of everyday life. Her quick brushwork perfectly suits figures which appear in motion. In this painting, the boy’s tilted head and open mouth seem spontaneous. Moreover, the subject of a laughing boy holding a bunch of grapes and a hat is a unique subject in art history, which suggests that it was a scene the artist saw.

Fewer than twenty works can be securely attributed to Judith Leyster. During the Renaissance and Baroque eras, women were denied the same opportunities allowed men. Along with the Italian painter Artemisia Gentilleschi and the Dutch still-life artist Rachel Ruysch, Judith Leyster was one a handful of women to break the gender restrictions of her time. Leyster was highly praised in the official histories of the Dutch city of Haarlem. 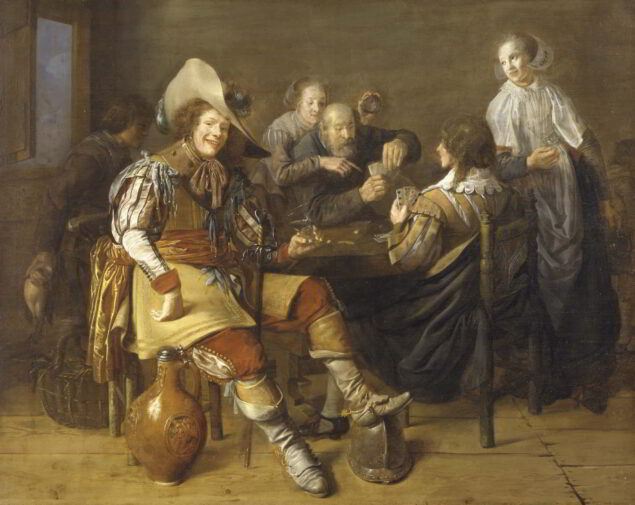 A few years after Boy Holding Grapes and a Hat was completed, Judith Leyster married the Dutch painter Jan Miense Molenaer. The Currier Museum already owns a painting by Molenaer, Card Players at an Inn, providing an ideal context for the Leyster work.