The Rijksmuseum was able to acquire two sixteenth-century panels, one depicting Pluto and Cerberus and the other showing Samson grasping the gates of Gaza. Both panels were painted around 1555 by the Haarlem artist Maarten van Heemskerck (1498-1574), and were originally part of a group of twelve known as The Twelve Strong Men. This group comprised four iconographic sets of three panels: one of a Greek god, one of Samson and one of Hercules. Each of these four ensembles is devoted to a particular theme: triumph over death, sinfulness, faith, and evil.

Both panels are examples of the Brunaille style of painting, executed exclusively in shades of brown. With great virtuosity Maarten van Heemskerck’s counters the limitations of the format’s modest dimensions, and the muscled bodies seem to burst from their cramped frame.

The group was broken up in 1946 when it was auctioned on the open art market. Four of them were already in the Rijksmuseum collection. Another four are held by the Yale University Art Gallery in New Haven and two by the Allen Memorial Art Museum in Oberlin. The two panels acquired at TEFAF were gifted by a private donor and by Bob Haboldt – it is at his initiative that these two panels are to be reunited with the four panels already in the Rijksmuseum, thereby going some way to reversing the breakup of the series in the 20th century. The entire series is now held in public collections. 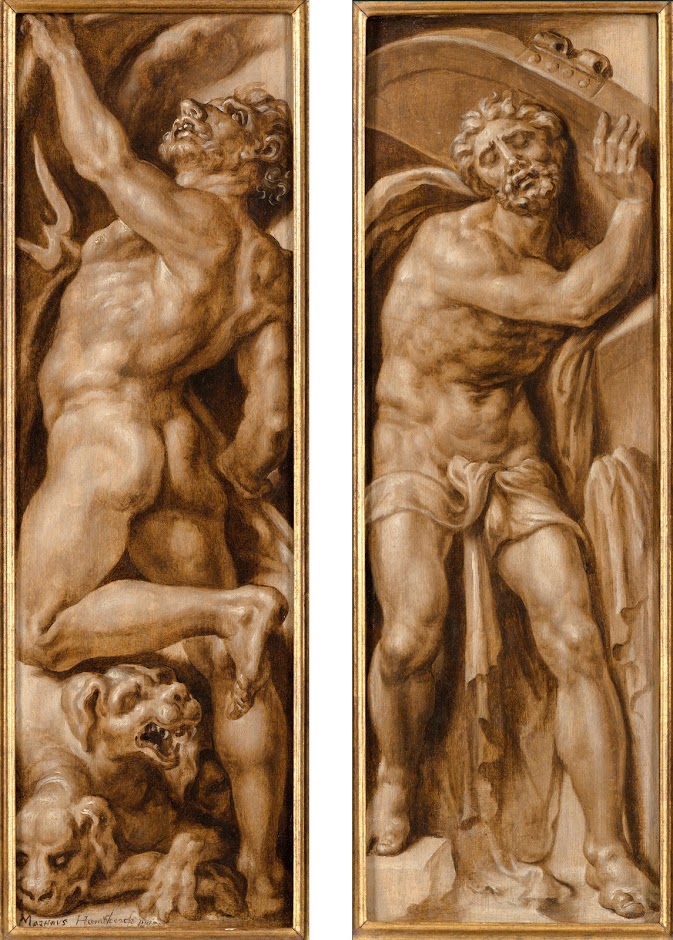