CODART member Jean-Pierre De Bruyn, an expert on the work of Erasmus II Quellinus (1607-1678), informs us about a recent discovery of the Flemish Master in Peru.

Flemish paintings from the circle of Rubens were exported to the ‘West-Indies’ since the seventeenth century. Several of them can be located in Peru, e.g., in Lima, Cuzco, Arequipa and Trujillo. In the Cathedral of Lima, a monumental canvas by Erasmus II Quellinus can be admired. It was only recently discovered by Anthony Holguín Valdez, graduate from the National University of San Marcos in Lima, who is working on an essay concerning the sales of artistic goods during the expulsion of the Jesuits from colonial Peru (1767).

The altarpiece represents Saint Gregory of Nazianzus (oil on canvas, 535 x 298 cm) and bears the signature ‘Erasmus Quellinus fecit Antverpiae A° …’. Some additions in the lower part of this monumental canvas (e.g. Saint-Hieronymus and heretics) are by a Cuzco-painter (1787). The great altarpiece comes from Italy and was acquired by the Jesuits of Cuzco. It is one of the most impressive canvases realized by Erasmus II Quellinus, and its dimensions even surpass those of the monumental ‘Immaculate Conception’ (canvas, 500 x 287 cm) in the Church of Saint-Michael in Louvain (Belgium), also painted for the Jesuits (1665).

Detail of the signature

During my research on Erasmus II Quellinus I studied a series of eleven scenes that narrate the passion of Christ (canvas, 300 x 230 cm) in the Iglesia y Convento de San Francisco de Lima, then attributed to Rubens’ workshop, one even referring to the style of Erasmus II Quellinus (Jean-Pierre De Bruyn, Erasmus II Quellinus, Freren, 1988, p. 282, cat. nr. 254). But these canvases are by Lima-artists from the end of the eighteenth century. 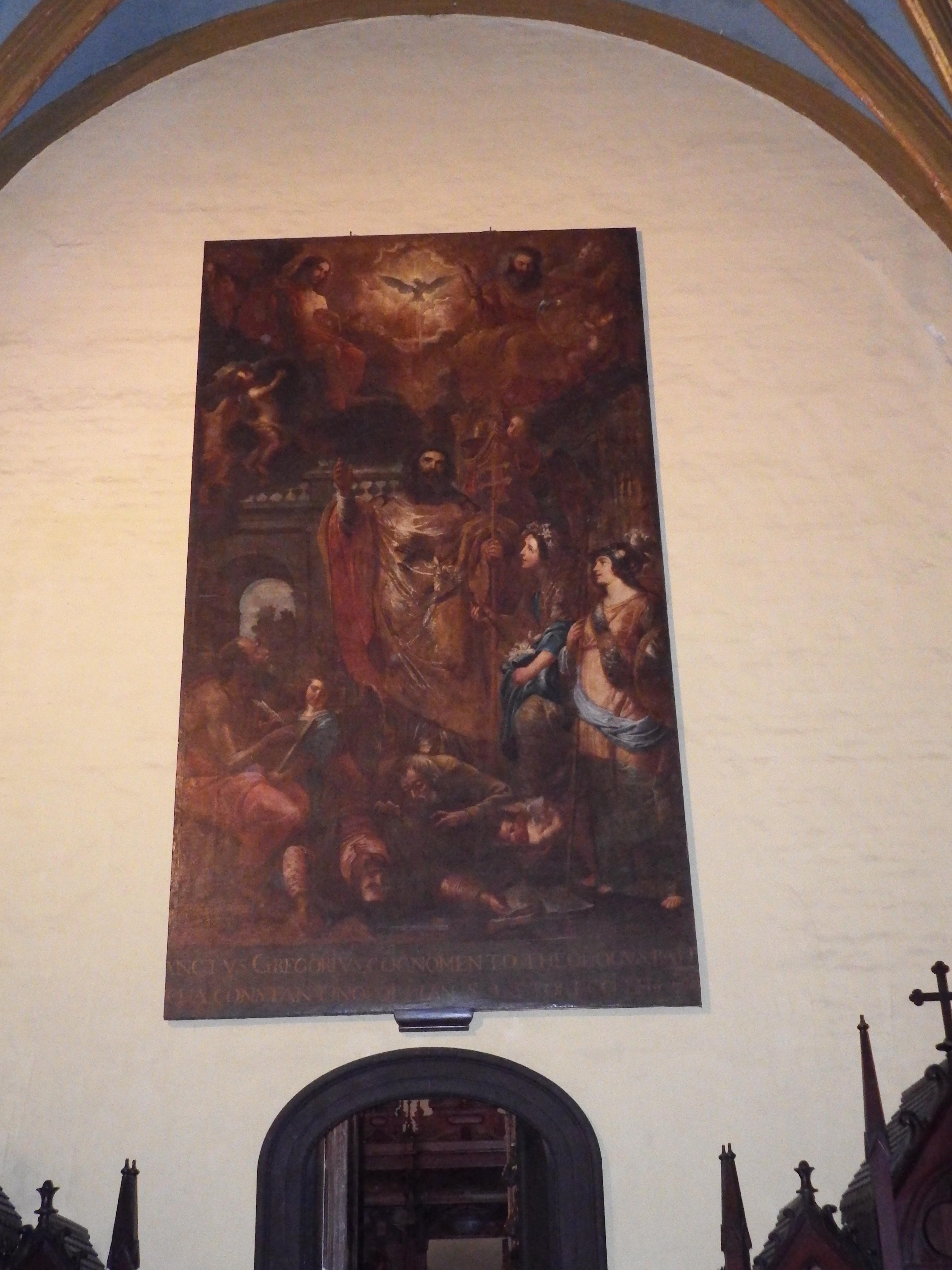