Information from the museum, 4 July 2017

One of the most important losses of the Suermondt-Ludwig-Museum in Aachen, a flower still life by the Utrecht painter Balthasar van der Ast, has returned home after having been in exile for 75 years. On July 10, 2017 the small oak panel will be presented to the press and to the Aachen people. Its history, to say the least, is quite remarkable.

Balthasar van der Ast’s Flowers in a Wanli-Vase entered the collection of the Suermondt-Museum in 1910 as part of the bequest of Adèle Cockerill, sister-in-law of the most prominent donor of the museum, Barthold Suermondt. 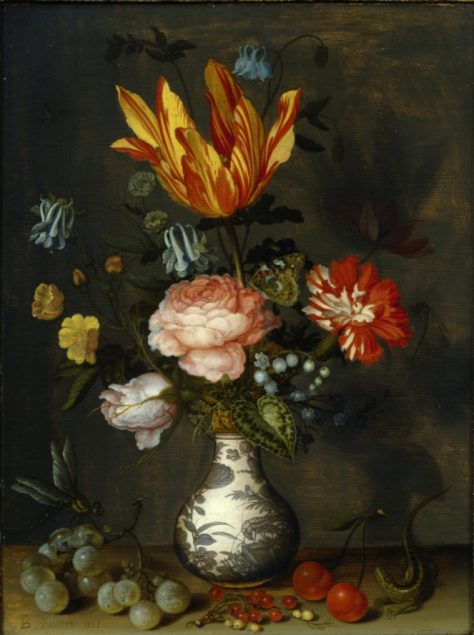 As many works of art belonging to the city of Aachen the painting was taken to the Albrechtsburg in Meißen in 1942, since that area was supposed to be safe with regard to air raids. The American army withdrew from that city in the summer of 1945 and left the area to the Soviet authorities. The fate of the Van der Ast from Aachen remained obscure, since the storage in the Albrechtsburg was to be plundered heavily by the Red Army and many pieces would end up in the Soviet Union. Our still life, however, was not among these, as we would only learn in 2005 with the complete history of the painting’s odyssey. 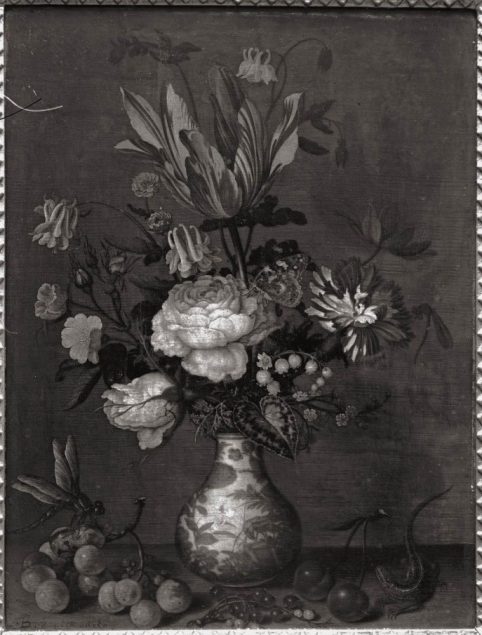 In 1965, Flowers in a Wanli-Vase was published in Verlorene Werke der Malerei in Deutschland, with a full-page reproduction, using a pre-war glass negative in black and white. Unfortunately this publication remained almost unknown outside Germany. Only in the exhibition catalogue Great Dutch Paintings from America (1990, Mauritshuis, The Hague), Ben Broos stated that the lost painting from Aachen might have been a replica with minor changes of another still life by Balthasar van der Ast that was presented in that exhibition. That, privately owned, painting had been published for the first time in 1955, as part of the collection of the Dutch collector Sidney J. van den Bergh. Before 1990 it had been displayed in several exhibitions ­­– since 1973 as loan from the private collection, where it has remained until very recently.

The various authors regarded the picture as one of two versions, the other painting still assumed in the Aachen museum. Only in 1990 it was acknowledged that the latter went missing after the war and the privately owned picture’s provenance before 1945 was covered in darkness. But the obvious question whether the privately owned picture might be identical with the lost museum painting was not considered. This was no doubt due to incorrect provenance information: the painting would have remained with the London art dealer Eugene Slatter in 1945, which indeed would have made any identification with the Aachen painting impossible. Only in 2004, Louisa Freytag v. Loringhoven from the Art Loss Register in London was able to prove that this reference was a false one.

However, already in October 1997, in a letter to the Suermondt-Ludwig-Museum, Fred G. Meijer identified the privately owned still life as the lost painting from Aachen. He based his opinion on a detailed comparison of photographs focusing especially on the grain of the oak panel that gave the identification away. It turned out that the art dealer Victor Spark in New York had owned the painting before it came to Sidney van den Bergh in or before 1955. An entry in Spark’s stock book mentions a “Balthasar van der Ast. Flower piece, panel, 14¼ x 10¾ (inch) signed lower left”, which he acquired May 27, 1952, from a certain Kenneth Saltmarche of the Gallery of Fine Arts in Windsor, Ontario (Canada). Four months later it was sold, but a buyer’s name is not noted. 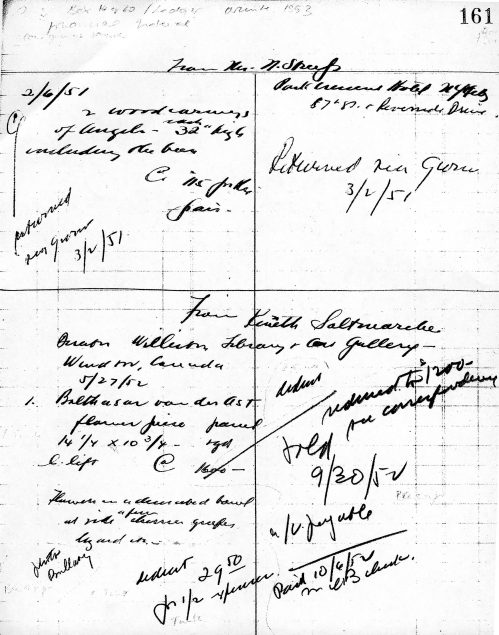 There is only one way Saltmarche could have come into possession of Van der Ast’s Flowers in a Wanli-Vase and the key to that is to be found elsewhere in the Victor Spark stock book: a list of three paintings that Spark bought from a Mrs. Alice Siano, Windsor, Ontario, in 1954 – all originally from the Suermondt-Museum; one of them, a Flower Still Life by Nicolaes van Verendael, actually returned to Aachen in 2015, two years ago.

Alice Siano, earlier known as Alice Tittel, left Germany in 1951 to immigrate into Canada. With her she brought twelve paintings, at least ten of them from the Suermondt-Museum. On June 25, 1954, a certain Norbert Lange presented himself at the German consulate in Toronto and accused Mrs. Siano of selling paintings from the museum collections in Aachen and Dresden. According to Lange, she had been working for the Soviet secret police and had stolen the paintings from the Albrechtsburg. Afterwards she had fled to Berlin and worked for the American forces, which enabled her to immigrate into the US and from there into Canada.

When the Attorney-General of Ontario confronted Alice Siano with this accusation, she produced both an undated German export license and a Canadian import license of November 9, 1951. It is important to note, however, that the German document stated that the export of artworks of great value was illicit. Since the pictures were said to be exhibited in the Gallery of Fine Arts in Windsor, no other than its director, the aforementioned Kenneth Saltmarche, was asked as an expert to assist in the matter. He said he doubted that the quality of the paintings would fit such well-established institutions as the museums in Aachen and Dresden, and that thus their value would be limited.

The reason why the still life by van der Ast is not mentioned in the official documents may have to do with its high value which no doubt would have led to a rejection of the export license. So presumably it was taken into Canada illegally. As Saltmarche and Siano were obviously well acquainted, it can hardly be a coincidence that three of the paintings that officially entered Canada were sold to Spark by Siano herself, whereas with the illegal, but much more valuable van der Ast, Saltmarche was noted as the seller.

It is not known to whom Victor Spark sold the painting in 1952. In fact, it may likely have been Eugene Slatter, the London based art dealer, who then sold it to Sidney van den Bergh. That seems to be the most logical explanation, and it was suggested by Ary Bob de Vries in the catalogue of the collection of Sidney van den Bergh in 1968.

Since 2006 the Suermondt-Ludwig-Museum has been in contact with the New York collector who bought Van der Ast’s Flowers in a Wanli-Vase in 1973 in good faith from the Dutch art dealer Hans Cramer, a go-between for Sidney van den Bergh. Only recently the negotiations have led to a proposal by the City of Aachen. The owner agreed to return the painting to Aachen for a finder’s fee. Several institutions in Germany, the Ernst von Siemens Kunststiftung, the Kulturstiftung der Länder, the State of Nordrhein-Westfalen and the City of Aachen itself, backed by several private funders, reacted with such engagement, that it turned out possible to let the painting return within a year. It is therefore with great pride and happiness that we welcome the return of this long lost child of the Suermondt-Ludwig-Museum in Aachen.