The National Gallery of Art in Washington announced groundbreaking new findings about Johannes Vermeer which led an interdisciplinary team of curators, conservators, and scientists to determine that the painting Girl with a Flute was made by an associate of Vermeer—not by the Dutch artist himself, as was previously believed.

Following decades of study, the National Gallery team concluded that Girl with a Flute is not, in fact, by Johannes Vermeer. Instead, they believe, the painting was made by an associate of Vermeer—someone who understood the Dutch artist’s process and materials but was unable to completely master them. Exactly who that person might be remains to be determined, but the implication that Vermeer worked closely with other artists is significant, as it revises the long-held belief that Vermeer worked in isolation. The mystery artist could have been a pupil or apprentice, an amateur who paid Vermeer for lessons, a freelance painter hired on a project-by-project basis, or even a member of Vermeer’s family. 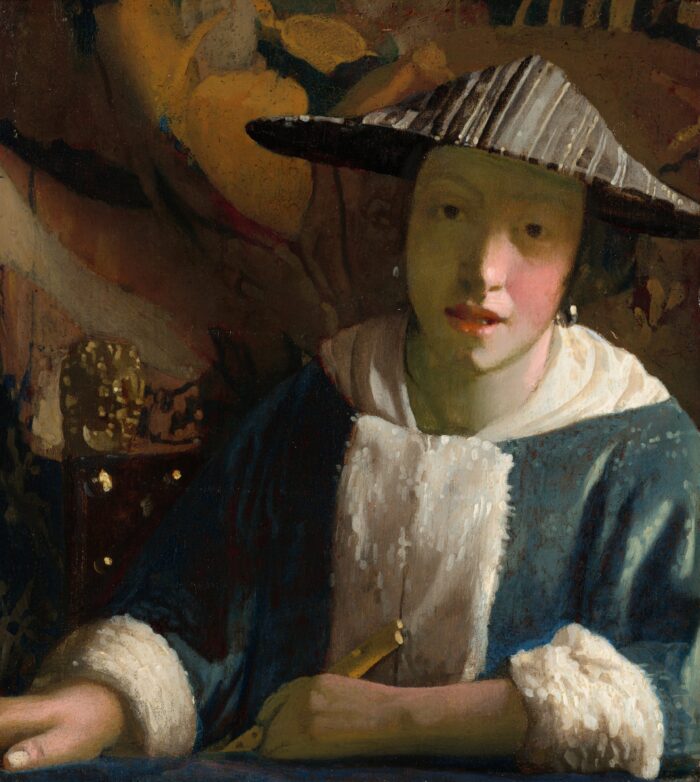 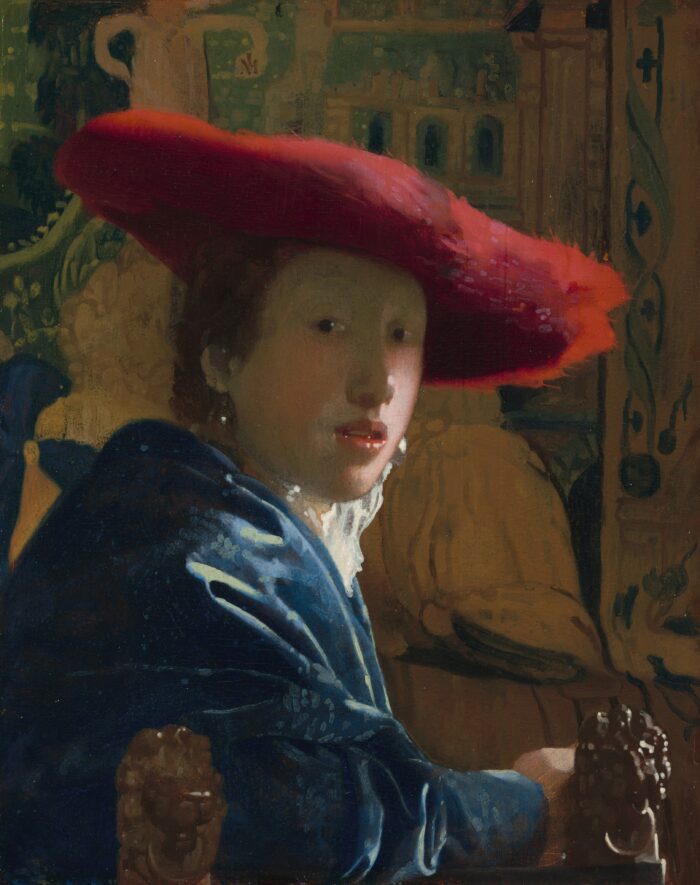 The team compared Girl with a Flute to Vermeer’s Girl with the Red Hat. Both are small paintings previously hypothesized to be a pair due to similarities in subject, size, and use of a wood panel support—unusual for Vermeer. However, the paint application in Girl with a Flute is very different from Girl with the Red Hat. Not only does it lack the precision for which Vermeer is known, but the artist seems not to have had Vermeer’s control: the brushwork is awkward, and the pigments used in the final paint are coarsely ground, giving the surface an almost granular character. Vermeer ground his pigments coarsely for his underpaint and more finely for the final paint layers to achieve their delicate surfaces. The artist of Girl with a Flute inexplicably reversed this order. Despite the different handling, microscopic pigment analysis showed that both compositions used the same pigments, even including green earth shadows of the face—an idiosyncratic feature characteristic of Vermeer’s paintings. Taken together, these findings clearly show that, although Vermeer did not paint Girl with a Flute, this artist was intimately familiar with Vermeer’s unique working methods.

Research also led curators to determine that Girl with the Red Hat was made at a turning point in the artist’s career. The painting shows Vermeer experimenting with new techniques—vivid colors, a bolder manner of applying the paint—that presage paintings produced in the final phase of his career. As a result, they believe the painting should be dated slightly later, to circa 1669 (the work was previously dated to circa 1666/1667).

Many of the findings expand our understanding of the earliest stages of Vermeer’s painting process. One of the most exciting discoveries, made by comparing the results of different scientific imaging techniques with microscopic analysis, was the realization that Vermeer began his paintings with broad strokes in a quickly applied underpaint that established a robust foundation for his characteristically smooth and refined surface paint.

Researchers took advantage of the museum’s COVID-related closures in 2020/2021 to examine the museum’s four paintings by and attributed to Johannes Vermeer. The research results are explored in the exhibition Vermeer’s Secrets (on view through 8 January 2023). The exhibition outlines some of the most exciting findings along with scientific images of the paintings, and even one of the specialized technical instruments used to conduct the imaging.