The Museum of Fine Arts, Boston (MFA) announced to return View of Beverwijk (1646) by Salomon van Ruysdael, which had been looted during World War II, to the heirs of Ferenc Chorin (1879–1964). The Jewish collector had deposited the painting along with other works at the Hungarian Commercial Bank of Pest in 1943, before he and his family fled Hungary in 1944. At the end of World War II, the bank reported that Chorin’s vault had been emptied in January 1945, during the Siege of Budapest. Despite the family’s efforts to locate the missing contents of the vault in the postwar years, they were unable to recover the Ruysdael until new provenance information was published in recent years. The painting is currently on public view at Christie’s in New York, prior to an auction later in the year. 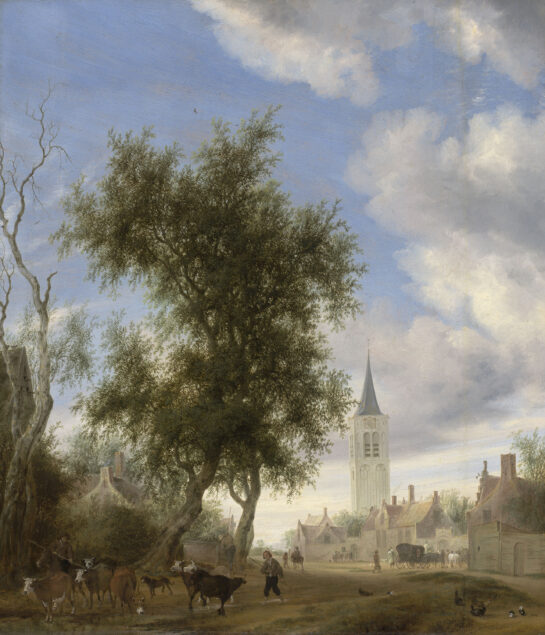 In the aftermath of the looting and destruction that took place during the Siege of Budapest, the contents of Chorin’s vault at the Hungarian Commercial Bank of Pest were reported as missing. The provenance of the Ruysdael painting after 1945 remains untraced. In 1982, the MFA acquired it from a London dealer with no information about its history other than that it had come from a Swiss collection. The work was listed in “Sacco di Budapest” Depredation of Hungary 1938-1949, a 1988 publication on Hungarian war losses, but because it was published with an incorrect image and description, the Museum was not aware that the View of Beverwijk had belonged to Chorin or was considered missing.

In 2019, scholar Sándor Juhász notified the MFA that View of Beverwijk once belonged to Glück, the collector from whose estate Chorin had purchased the painting. This new information, posted on the MFA’s website, allowed the Chorin heirs to locate their family’s painting in 2021.