In her work on one of the Museo National del Prado’s Torre de la Parada paintings of 1636–38, Apollo and Daphne, conservator Alicia Peral Lozano found an inscription on the bottom left edge of the canvas, which had been folded over a stretcher and covered by the frame. Although the first name is partially illegible, the inscription appears to read ‘Theodoro van Thulden.’ 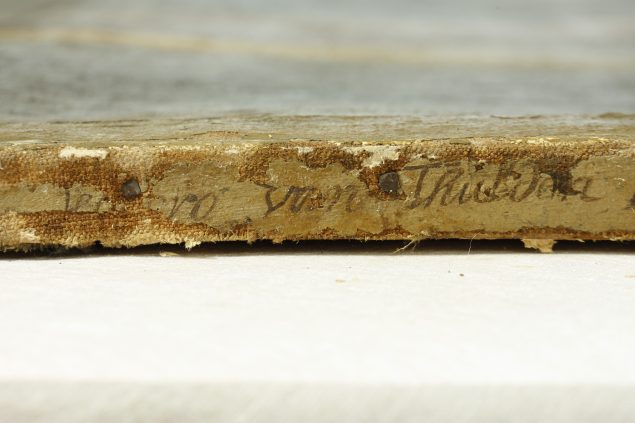 In the past, different attributions have been suggested for this painting, including Jan Carel van Eyck and Cornelis de Vos (see Svetlana Alpers, Corpus Rubenianum Ludwig Burchard, part IX, The Decoration of the Torre de la Parada, Brussels: Arcade Press, 1971, p. 175). Theodoor van Thulden (1606–1669) was an Antwerp-based artist and frequent collaborator of Rubens who painted other works for the Torre de la Parada series. Comparison of this painting with another signed work by Van Thulden at the Prado, The Discovery of Purple, and with other works by the artist makes the attribution credible. 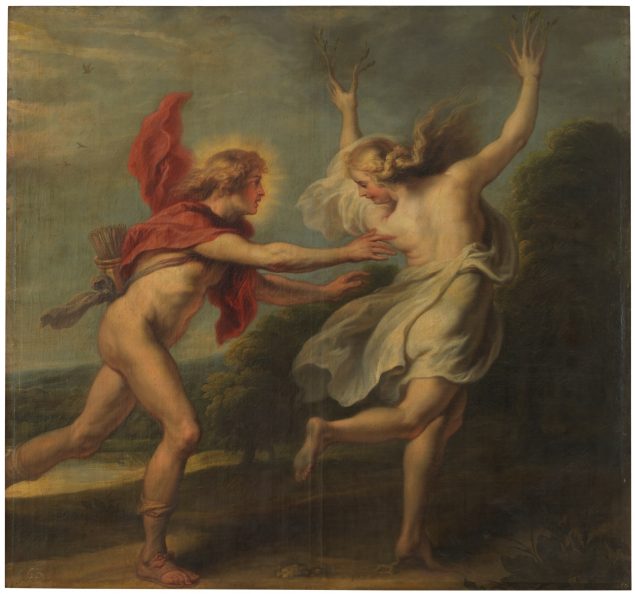 Whether the inscribed name is a signature is unclear. The handwriting of the last name ‘Thulden’ appears to be the same as that in Van Thulden’s signatures in other paintings, including the aforementioned The Discovery of Purple. Similarities with other signatures on Van Thulden works also suggest that this is an original signature. The use of the spelling ‘Theodoro’ for the first name is unusual. Extant, legible signatures show that the artist frequently included his first name but in abbreviated form (usually ‘T.’ or ‘Th.’). However, both this inconsistency and variations in the artist’s spelling of his last name (usually with but occasionally without the ‘h’) demonstrate the variability of Van Thulden’s signature.

Written by Alicia Peral Lozano, Conservator, and Elissa Watters, Intern in the Department of Flemish and Northern European Paintings.