The Rubenshuis presented a self-portrait by Anthony van Dyck together with six other loans. The Self-portrait in the Antwerp museum is similar to that of The National Portrait Gallery in London, except that Anthony’s moustache in this portrait is turned upwards. This might suggest that Van Dyck presented himself in a formal manner. The drooping moustache on the painting in London suggests that Van Dyck created that portrait for himself. Due to it being repainted and re-framed in a rectangular mount, the work was until recently attributed to his successors. According to the museum, research has now shown that it is painted by Van Dyck.

Together with the Self-portrait by Anthony Van Dyck the Rubenshuis also presented The Calumny of Apelles by Maarten de Vos. The talented De Vos may be less known to the general public, he is best introduced as Rubens’ forerunner. The Calumny of Apelles was a theme with which De Vos could present himself as a learned Renaissance artist. The theme was rediscovered in the early fifteenth century when it enjoyed great popularity. The panel by Maarten de Vos is now the only known painted version of this theme from the Netherlands. In 2019, the work will be on display in the refurbished Museum of Fine Arts in Antwerp as a long-term loan.

Among the other new loans are studies by Van Dyck and Jacob Jordaens, two portraits by Frans Pourbus the Younger, and a Portrait of a Gentlemen by Jan Cossiers.

For images and more information on all the new loans, see the museum’s website (in Dutch). 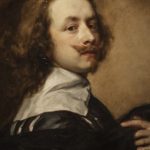 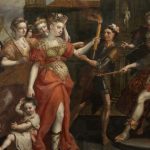