During the recent restoration at the Prado of Anthonis Mor’s Seated woman with a Lapdog (inv. no. P2114) a previously unknown signature has become visible, in the lower right corner of the image. It reads: “Mor. pinge 1565.” In the literature this painting has generally been dated between 1555 and 1565.

The fact that the sitter is facing left, and has a little dog – a symbol of marital faithfulness – on her lap suggests that this portrait is one of a pair; the unidentified pendant would have depicted her husband. Dressed in the Flemish fashion of the 1560s, she occupies almost all vibrantly-lit space. Posed at an angle, her face is turned towards the viewer, at whom she gazes. This kind of bourgeois portrait, made popular by Mor, was soon adopted by Antwerp painters, and was more fully developed in the seventeenth century, especially in Holland. 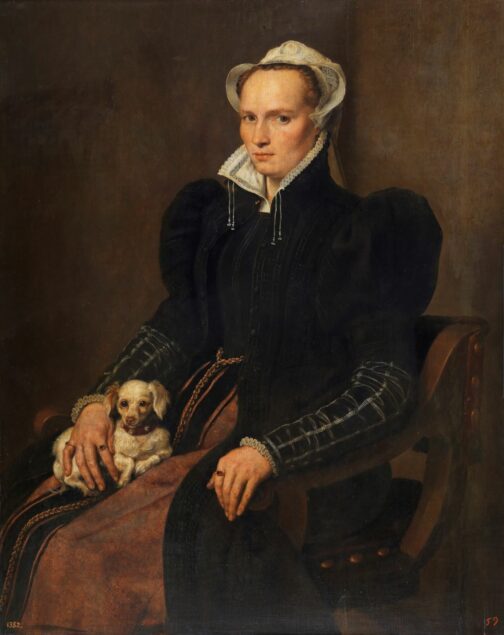