The board of CODART has appointed Maartje Beekman to serve as its new Director. She will take over on 1 March from Gerdien Verschoor, who is leaving CODART at the end of February.

Maartje Beekman (1981) gained her Master’s degree in art history from Leiden University in 2008, specializing in the Dutch and Flemish Old Masters. In 2010, she was appointed project manager at CODART, in which capacity she has been responsible for organizing all CODART activities, such as international congresses and CODARTfocus events. She has also played an important role within the Friends of CODART Foundation and has helped to determine the organization’s course over the past several years. 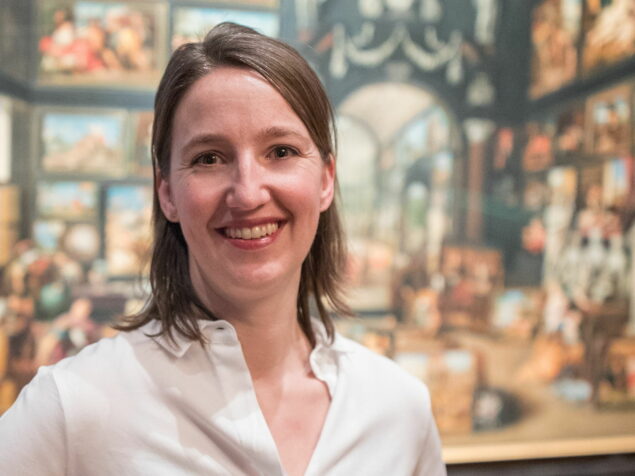 Judith van Kranendonk, chair of the CODART board, comments: “Maartje’s appointment makes me feel both happy and proud. She knows CODART through and through, and has a clear vision of our organization’s future. I have total confidence in her ability to sustain the strength of our network and to find innovative ways of further enhancing CODART’s profile, together with her colleagues, the 700 members, the Friends of CODART Foundation, the board, and our partner organization the RKD – Netherlands Institute for Art History.”

Maartje Beekman herself responds to her appointment with these words: “I feel honored to be following in the footsteps of Gerdien and Gary, and am greatly looking forward to ushering CODART into its new future. I have worked at CODART for nine years with immense pleasure, and feel very fortunate in having been entrusted with the position of leading this wonderful organization.

As CODART’s new director, I want to collaborate with the members, the Friends, the CODART team, the RKD, and all our other partners, to strengthen our network, both internally and in the outside world. CODART is, and will remain, the place where curators of Dutch and Flemish art from museums all over the world can meet and gain mutual inspiration. At the same time, CODART is ideally placed to act as an ambassador for that art. So, one of my main priorities will be to find ways of drawing attention to this important cultural heritage, and to those who care for that heritage, among a wider public than our membership.”