On 15 March Titia Vellenga and Bob Haboldt take their seats on the board of the Friends of CODART Foundation.

Titia Vellenga is the PR and Marketing Manager of The European Fine Art Fair (TEFAF), the world’s leading fair for art and antiques. Titia has a background in art history and the museum world: she studied art history in Leiden and previously worked as PR and Marketing Manager at the Rembrandt House in Amsterdam. It was thanks to Titia Vellenga that CODART and TEFAF have been able to realize a number of interesting collaborative projects, such as a special CODART-TEFAF issue of the eZine.

Bob Haboldt studied art history at Lewis & Clark College (Portland) in the United States and had a long career in the art trade before establishing his own business with branches in New York, Paris and Amsterdam. This year he celebrates his 30th anniversary as an art dealer, an occasion marked by the publication of Singular Vision. Haboldt & Co.’s Old Master Paintings and Drawings since 1983. Various members of CODART collaborated on this volume.

Titia Vellenga and Bob Haboldt will succeed Hildelies Balk and Greetje van den Bergh, who resigned from the board of the Friends of CODART in 2012. We warmly thank Hildelies and Greetje for their much appreciated efforts, and we look forward to working with the newly appointed board members. 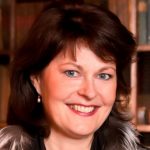 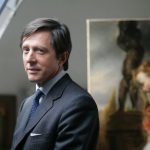