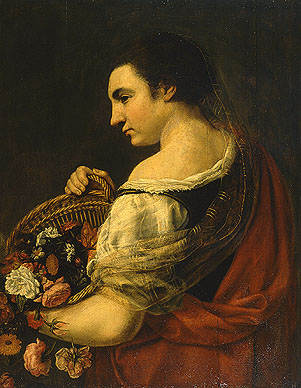 The third exhibition marking the 400th anniversary of the birthday of Rembrandt has opened in the Nicholas Hall of the Winter Palace. The exhibition presents works from the collection of P.P. Semenov-Tyan-Shansky, the celebrated Russian traveler, geographer and explorer of Central Asia.

The exhibition includes works from three Northern schools (the Low Countries, Dutch and Flemish): more than 120 works from the collections of the State Hermitage, the State Russian Museum and the A.S. Pushkin State Museum of Fine Arts, Moscow. Several of the works are offered for public viewing for the first time. A special section of the exhibition is devoted to iconographic materials, as well as rare documents and photographs telling about the way this extraordinary Russian collector went about assembling his collection.

The name of the outstanding scholar and statesman Pyotr Petrovich Semenov-Tyan-Shansky (1827-1914) has enjoyed well-earned glory. However, his activity as collector was rather less known to the public. A love for the work of the great Dutchman was the defining passion of this Russian collector of the “age of Rembrandt.” The scholar’s collection contained more than 700 Dutch and Flemish paintings towards the end of his life.

The earliest purchases in the collection open with Pieter Lastman’s Annunciation, brought by Semenov from Paris at the start of the 1860s. He made many of his acquisitions in Petersburg, where during the second half of the 19th century trade in antiques reached an unheard of scale. For example, Semenov found the Portrait of a Child as Cupid by Willem van Honthorst at a second-hand book-seller’s. He bought the canvas St Martin at the Gates of Amiens by J.C. Droochsloot from a restorer at the Academy of Arts, and he obtained two matching landscapes by Willem Dubois from a merchant.

Initially works of the two Low Countries schools coexisted together on the walls of his house. However, gradually his greater sympathy went to Dutch paintings, which turned out to be especially close to Semenov’s taste. In the1870s such important works came into the collection as An Old Woman Counting Coins by Mathhias Stomer, The Concert by Herman van Aldewerelt, the Torment of St Lawrence by Willem de Porter, the grisaille Joseph in Egypt by D. Tivart, and Ruth and Boaz by Barent Fabritius.

Generalizing from the experience he accumulated, P.P. Semenov wrote the monograph Studies on the History of Painting in the Low Countries (1885-1890) – the first time the chronology of Dutch art was set out in the Russian language. During these years he made his major purchases in Holland. In 1906 a catalogue of his collection compiled by the owner himself was published. In the same year, an imperial decree ordered that the honorary suffix “Tyan-Shansky” be added to the family name of the geographer.

In March 1910, the 83-year old collector approached the Imperial Hermitage with the suggestion that it purchase his gallery. Soon afterwards it was bought for 250,000 rubles in gold. Under the terms of the agreement, the museum left the painters with the former owner for as long as he lived. Following the death of the collector in 1914, a large exhibition entitled In Memory of Pyotr Petrovich Semenov-Tyan-Shansky opened in the Hermitage. The collector’s lifelong objective of making an addition to the celebrated Hermitage gallery was fulfilled. This huge collection was the last major addition to the museum before the outbreak of the First World War.

At the end of the 1920s, on orders from the Soviet Government dozens of paintings were transferred from the Hermitage to other museums around the country. Later there followed the instructions on turning over exhibits to the office of the state trading company Antikvariat for sale at auction in Europe. However, the Hermitage succeeded in keeping the core collection on its walls.

Rembrandt and the golden age of Dutch painting. Readings in memory of V.F. Levinson-Lessing (25 October 2006).