A “New” Vermeer in Dresden

For more than 250 years now, the famous painting by Johannes Vermeer featuring a profile depiction of a girl intently reading a letter in front of a light-colored empty wall has held a firm place among the masterpieces from the “Golden Age” of Dutch painting in the Dresden Gemäldegalerie. This picture, which dates to around 1657/59, is regarded as one of the earliest interior paintings by Vermeer with a solitary figure. It was produced in a multi-stage, complex painting process during which Vermeer altered details and entire pictorial elements within the composition.

A depiction of Cupid originally incorporated on the rear wall as a “painting within the painting” was later painted over again. As a result of the latest investigations and the current restoration of the painting, it has now been proven that this overpainting was not done by Vermeer himself but was executed by a different hand some years after the completion of the Girl Reading a Letter. It has not yet been possible to identify the originator of this overpainting that completely covered the background picture, including its broad black frame, nor to determine at what point in time it was performed. 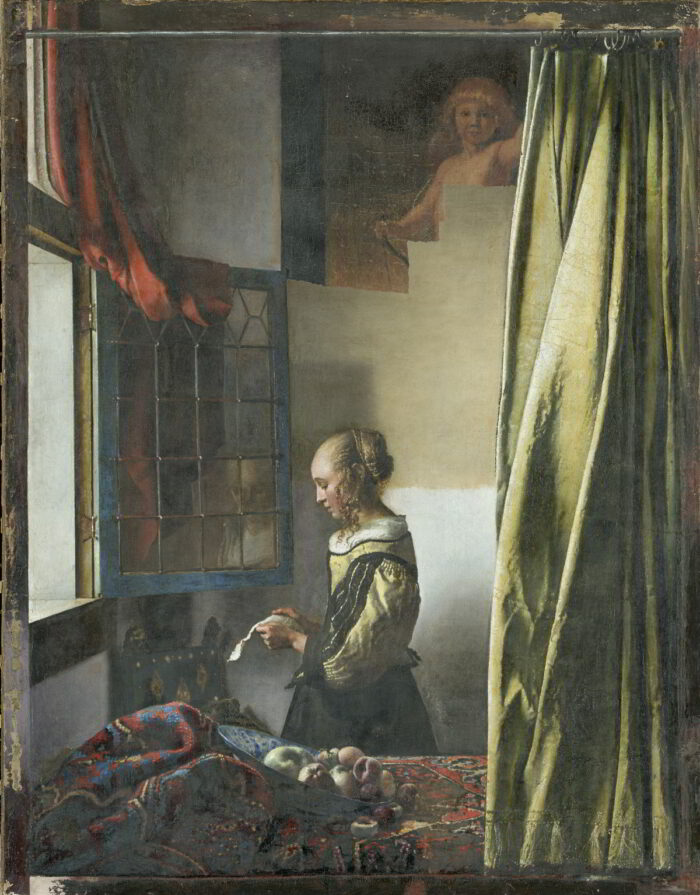 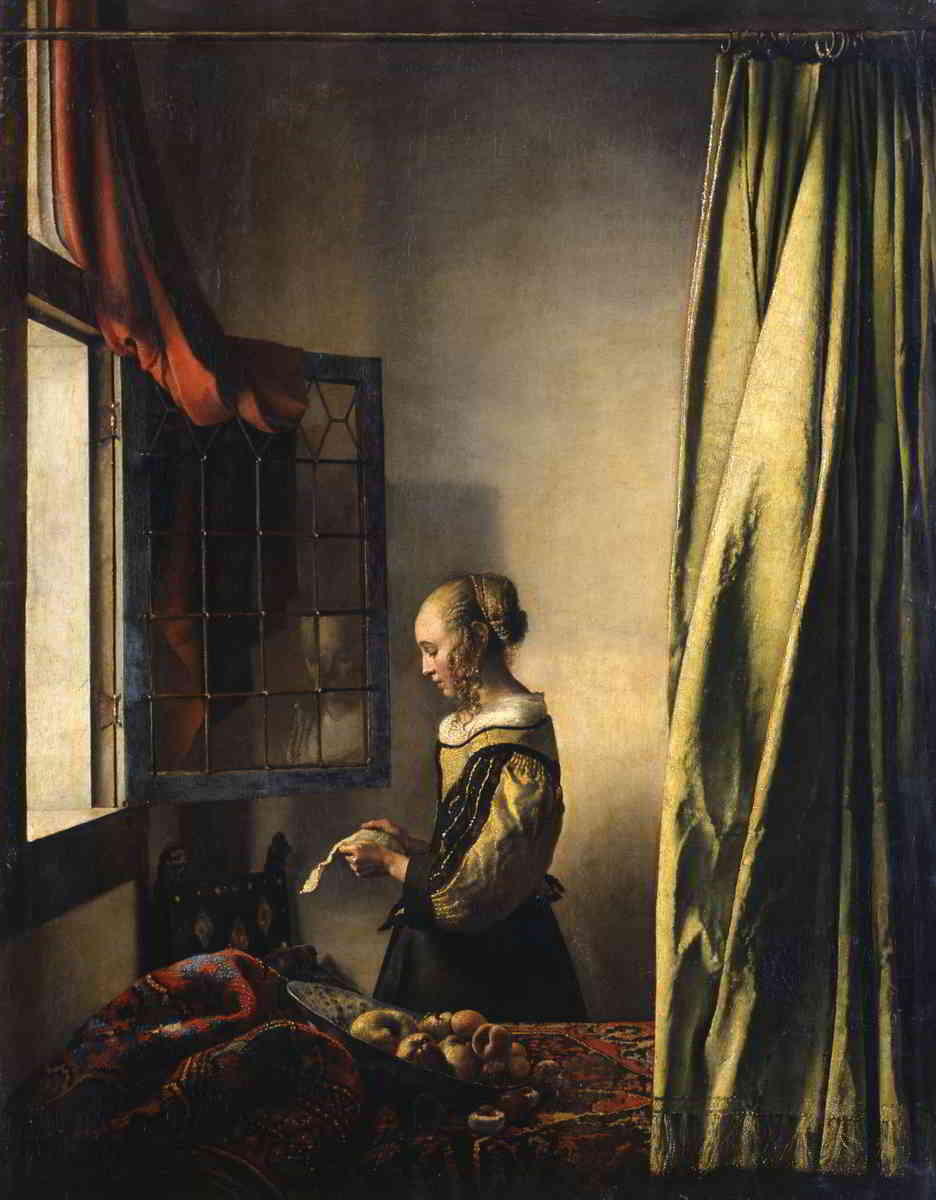 Although only about half of the Cupid picture on the rear wall of the room has so far been exposed, the fundamental change to the overall impression of the painting is already evident. It is now clear that the Dresden Girl Reading a Letter is another one of the numerous interior scenes by Vermeer in which there is a “painting within the painting” located on the rear wall. In this case, the artist was probably quoting a painting in which a standing Cupid was depicted with an upright bow in his right hand and with his left arm raised. This motif is already known from three other interior paintings by Vermeer.

After completing the restoration of Vermeer’s “Girl Reading a Letter at a Open Window”, this painting is scheduled to be shown again to the visitors from mid-2020. It is safe to say that it will become a highlight of the new permanent exhibition of the Gemäldegalerie in the Semperbau building.