A grand exhibition on sculpture in alabaster will take place at M Leuven from 14 October 2022 to 26 February 2023. The assembled artworks will cover the period from the late Middle Ages to the Baroque period. Around 150 works will be on show, including several masterpieces from European collections.

Alabaster is generally a white stone. It is reminiscent of marble, but much softer and therefore easier to work with. It was a very popular material in European sculpture, especially from the fourteenth to the sixteenth century.

Curators from M and the Louvre have teamed up to put on an exhibition around the period. A unique but not unusual cooperation: M has an internationally renowned collection of medieval sculpture, and is appreciated far beyond its borders for the great expertise it has developed in the field. Moreover, the Low Countries were an important and leading center for alabaster sculpture. The Master of the Rimini altar, also known as ‘the Jan van Eyck of alabaster art’, was probably from Bruges.

The exhibition is thematically structured and focuses, among other things, on the specific characteristics of alabaster and the techniques used to work and paint it. It also covers the various objects that were made from alabaster: from vases and other utensils to bas-reliefs and large tombstones. On display will be work by the best alabaster artists of the time, inlcuding André Beauneveu, Conrad Meit, Tilman Riemenschneider and the Master of the Rimini Altar. 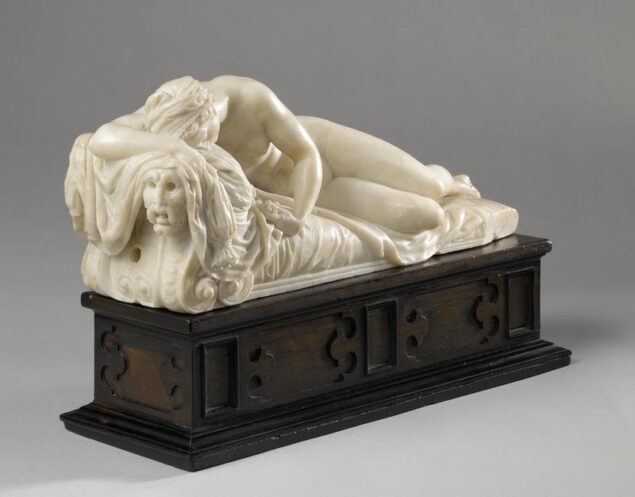 But the final piece of the exhibition comes from the museum’s own collection: the 6.5-metre-high table of St Anne, made by Robert de Nole for the Celestine Convent in Heverlee. The story of that monumental work will be told with a multimedia story.