This year, the Mount Stuart Trust and the Hunterian Art Gallery, University of Glasgow are jointly hosting a major exhibition merging art, biography, politics and cultural history. Art of Power: Masterpieces from the Bute Collection uncovers the fascinating Enlightenment figure, John Stuart, 3rd Earl of Bute (1713-1792), and his collection of rarely-seen masterpieces, including some of the finest seventeenth-century Dutch and Flemish paintings in the UK. The Bute Collection, now preserved at Mount Stuart, was largely formed in the eighteenth century by the 3rd Earl of Bute, the first Scottish-born Prime Minister and ‘favourite’ of George III.

A three-day symposium, inspired by themes explored in the exhibition, will bring together established and early career researchers, museum professionals and curators to discuss the dynamic interplay between art, politics, and collecting so evident in the life of the 3rd Earl of Bute. Confirmed speakers include leading experts on Dutch and Flemish art, such as Wayne Franits (Syracuse University), Anne Woollett (Getty Museum), Peter Black (Hunterian) and Desmond Shawe-Taylor (Royal Collection).

The symposium will be held at the University of Glasgow and at Mount Stuart on the Isle of Bute from 2-4 October, 2017. Papers will be delivered on day one in Glasgow, with days two and three taking place at Mount Stuart. 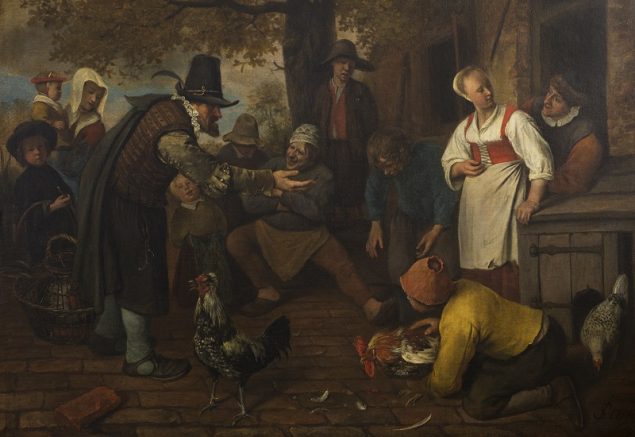