Peter Paul Rubens (1577–1640) is arguably the most successful Flemish Baroque painter. His works are characterized by an impressive, colorful imagery that is highly recognizable. Even during Rubens’s lifetime were people prepared to pay the highest prices for his works. But how did Rubens succeed in becoming a painter who is celebrated throughout all of Europe? 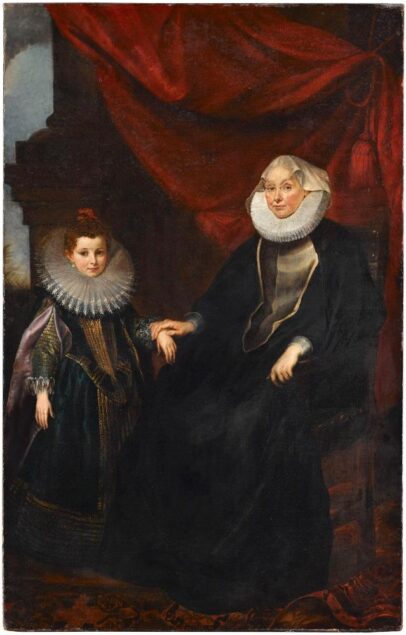 This exhibition shows how Rubens laid the foundations for his later success in Italy: he worked in Italy for the ducal court in Mantua as well as for the powerful Doge families in Genoa. Between 1600 and 1608, he continuously expanded his network and gained influential nobles, scholars and diplomats as patrons. Meanwhile, he spent his Italian years to study ancient and renaissance art in Rome and elsewhere.

The Staatsgalerie owns one of the few portraits that Rubens produced for the most powerful families in the Republic of Genoa; the double portrait of An old Lady with a Young Girl. So far it is considered the only original Rubens in the collection. In the meantime, however, there are indications that twelve other works related to the early Rubens, his stay in Italy and the beginnings of his large workshop in Antwerp could also be originals. The research project for these paintings forms the starting point of the exhibition, which shows around 100 paintings and works on paper from our own holdings and loans from private collections and museums.

The exhibition is curated by Prof. Dr. Nils Büttner and Dr. Sandra Diefenthaler.