The Birth of the Art Market. Rembrandt, Ruisdael and Van Goyen and the Artists of the Dutch Golden Age

The Bucerius Kunst Forum presents its first large-scale exhibition devoted to the birth of the art market in the Golden Age of the Netherlands. Tracing the careers of artists such as Rembrandt, Ruisdael, Van Goyen and many others, the exhibition explores how the transformation of Dutch society during the seventeenth century brought forth a new art market, with artworks tailored to its demands.

The Birth of the Art Market is the first exhibition curated  by Prof. Dr. Franz Wilhelm Kaiser in his new role as artistic director of the Bucerius Kunst Forum. 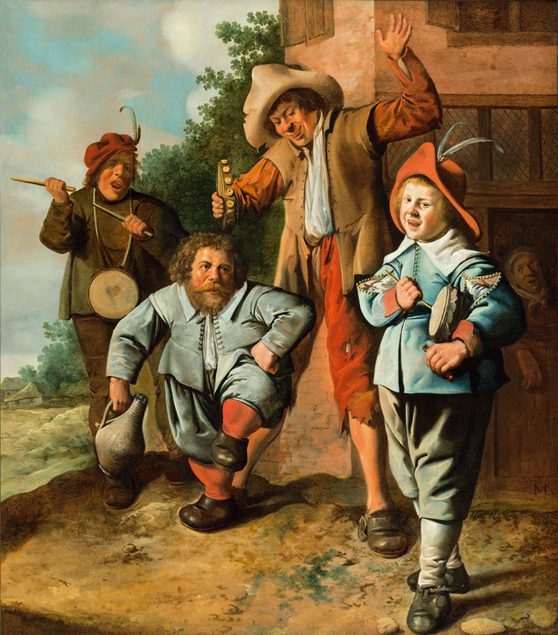 The Birth of the Art Market

Trading in art is a way of engaging in the debate about art’s status in society and is thus an essential prerequisite for its existence. Discussions about art took place on the art market long before the first museums were founded. And the birthplace of this market was the Netherlands during what is known as its Golden Age. Although art was already bought and sold on the open market in the sixteenth century, for example at Antwerp’s market for luxury goods, no distinction was usually made between fine art and crafts. The special status attributed to painting as opposed to craftsmanship is characteristic of the modern concept of art, whose origins reach back to the Renaissance but which only really took hold in the eighteenth century. Nevertheless, this distinction already played a central role in the Dutch Golden Age, even though most painters were still attributed the same status as their artisan colleagues. Many were even organized into guilds, which did not differentiate in any way between fine-arts painters and house painters, as both worked with a brush.

In the seventeenth century, the importance of the aristocracy had already dwindled, and the Calvinist reformed church in the Netherlands called for plain, unadorned church buildings. While the traditional art patrons thus largely fell away, an expanding middle class was for the first time able to afford oil paintings. An extraordinarily diverse group of educated and affluent members of society offered fertile ground for an art market whose commercialization would have a greater impact on painting techniques, genres and themes than the original noble and clerical clients had ever had. Artists began to reposition themselves and to paint pictures for an anonymous market rather than on commission, without knowing in advance the wishes of the prospective buyers.

A typical innovation of the period was tone-in-tone painting. This technique shortened the painting process without any loss of quality, and the painter could offer his work at a lower price. While the marine artist Jan Porcellis is presumed to have invented the technique, it was the prolific Jan Josephsz. van Goyen who made it his trademark. Painters also began to offer their works in smaller, more flexible formats. Besides allowing them to complete paintings more quickly and thus sell them for less, the smaller size was also easier to transport.

The predilections of middle-class buyers in the northern Netherlands differed from the prevailing courtly taste in the rest of Baroque-era Europe. The Dutch preferred subjects they were able to relate to and afford. Mythological themes and lavish history paintings were supplanted by everyday motifs. Together with landscapes and still lifes, these genre pictures, realistic depictions of everyday life with anonymous figures, are regarded as the most characteristic Dutch contributions to the history of painting. More than any other genre, however, seascapes were inextricably connected with the history of the Golden Age, because the Dutch warships and merchant fleet were the vital factor behind the Netherlands’ political power. Hunting as a motif and leisure pastime was by contrast originally the preserve of the aristocracy. A hunting still-life adorning the bourgeois living room was thus both an ersatz status symbol and a special sign of distinction. Willem van Aelst and Jan Weenix were successful practitioners of this specialty, representing two generations whose overlap ensured keen competition and a sharper differentiation between the paintings’ respective motifs.

By specializing in certain subjects, artists were able to turn out works faster while still achieving a high level of quality. They concentrated on market niches, laying claim to certain themes as their trademark, which in turn boosted sales. The artist Jacob van Ruisdael, for example, is still famous today for his rushing mountain streams, a landscape feature that does not even exist in the Netherlands. A landscape with cows is readily identifiable as a work by the painter Paulus Potter, while equestrian scenes or landscapes with horses are immediately associated with Philips Wouwermann.

History painting, though not finding favour with the population at large, with the exception of straightforward Old Testament depictions, did however retain its importance at the top of the market. Any artist aiming for prominence not only on the local scene but also internationally while trying to command high prices had to distinguish himself in this most revered of all genres. Amsterdam was considered the centre of history painting in the Netherlands.

These developments resulted in an art market divided into three segments. The lower segment comprised history paintings produced as mass merchandise, preferably depicting stories in the Old Testament. A middle ground consisted of paintings nowadays considered typically Dutch paintings, produced for a market brought about by the unique social context of a growing middle class. And at the higher end of the market, history painting was the focal point, serving as a way for a painter to polish his reputation in the competition against his rivals. It was for this affluent client group that artists such as Rembrandt, Flinck, Bol, Lievens and Backer plied their trade, working with art dealers including Hendrik Uylenburgh and Johannes de Renialme, who sold their wares at a premium. The name Uylenburgh is particularly well-known because Rembrandt’s first wife, Saskia, was a member of the Uylenburgh family. The other name at the top of the Amsterdam market, Johannes de Renialme, is less familiar, and the exhibition will present new research findings on this topic. In an era when most art dealers were painters themselves, de Renialme appears to be one of the first to only deal in art. 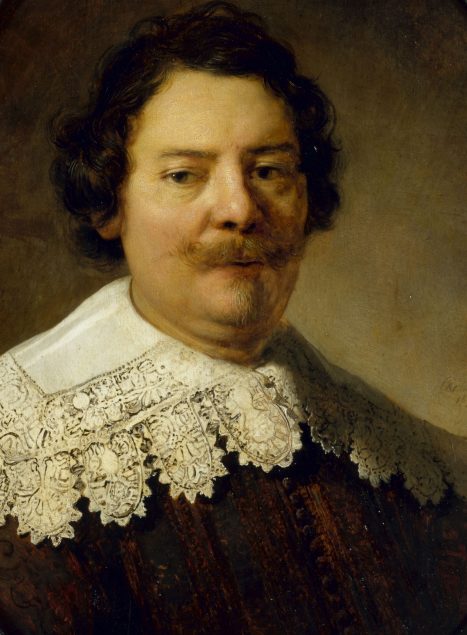 Rembrandt stands out because he opposed common market mechanisms by refusing early on to link the financial value of his paintings with the time he spent on them. He not only demanded the highest prices for his works but also invested a large sum in Uylenburgh’s art trade. The dealer thereupon appointed him as the first director of his workshop, helping Rembrandt make a name for himself on the Amsterdam collector scene. Together with the painters in the workshop, Rembrandt and Uylenburgh were able to cater to the wealthiest art buyers while streamlining the work process. In principle, this combination of art dealership and workshop functioned not very differently from similar down-market enterprises, only here it was not a case of mass production of cheap history pictures but of painting the portraits of rich citizens. For this purpose, Uylenburgh needed an artist who already had a reputation but was not yet too expensive. In the nearly four years of his collaboration with Uylenburgh, Rembrandt painted almost half of all his portraits.

To serve less well-heeled buyers, dealers engaged unknown painters, purchased the materials for them and told them what to paint. With control over all price vectors, the dealers were able to react quickly to changing demands among the targeted customer groups. But the better-known artists also sold their own works wherever they could find willing clients and popular motifs – for example at the guild markets, in taverns and on the street. To steer the enormous production of paintings and stimulate demand, new sales channels had to be found. Lotteries, dice games and shooting contests helped to popularize art, offering attractive sales opportunities particularly for prolific artists like Cornelis, Weenix and van Goyen. Dealers also experimented with these marketing methods, selling artworks as a package in combination with music, games, drinks, food or tobacco. The high-end competition by contrast focused on the artists’ reputation – meaning not their general popularity but rather the connoisseurs’ recognition of quality work.