Book of Beasts: The Bestiary in the Medieval World

Unicorns, lions, and griffins race, tumble, and soar through the pages of bestiaries – the medieval book of beasts. The bestiary brought creatures – both real and fantastic – to life before a reader’s eyes, offering both devotional inspiration and literary enjoyment. A kind of encyclopedia of animals, the bestiary was among the most popular illuminated texts in northern Europe, especially in England, during the Middle Ages (about 500-1500). On view at the J. Paul Getty Museum May 14 through August 18, 2019, Book of  Beasts: The Bestiary in the Medieval World explores for the first time in a major museum exhibition the bestiary and its widespread influence on medieval art and culture. 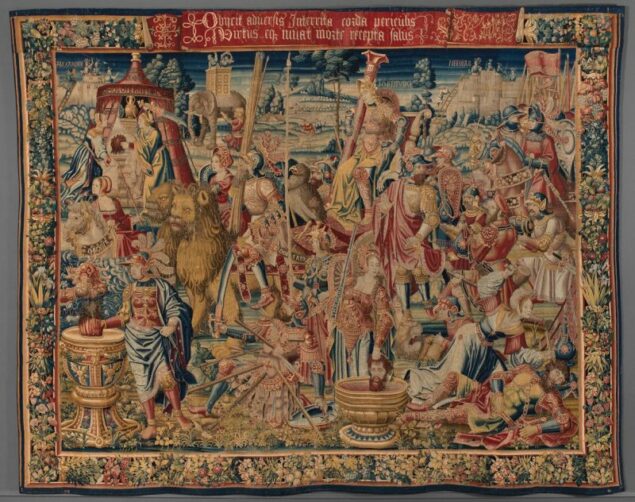 This exhibition features one-third of the world’s surviving Latin illuminated bestiaries and gathers together more than 100 works in a variety of media from institutions across the United States and Europe, including manuscripts, paintings, tapestries, sculpture, and decorative arts from the Middle Ages. A final section includes modern and contemporary works that trace the enduring legacy of the bestiary tradition. The Getty Museum’s three medieval bestiaries, including the famed Northumberland Bestiary (English, about 1250-1260) are central to the exhibition, and provided the inspiration for the exhibition’s theme.

In addition to many English and French manuscripts, this exhibition includes several (Franco-) Flemish bestiaries as well as multiple Flemish tapestries.