2019 marks the 450th anniversary of the death of Pieter Bruegel in Brussels in 1569. To celebrate this master of the European Renaissance, the Academia Belgica, the Royal Museums of Fine Arts of Belgium and the Università di Genova co-organize an international conference Bruegel and Italy/ Bruegel e I’ltalia.

Bruegel is best known for his peasant and winter scenes, archetypal images of the Low Countries, but his masterpieces always transcend the local. A defining element in his hybrid landscapes are Alpine rock formations he observed on his way to or return from Italy. Bruegel travelled to the Peninsula around 1 552, and his sojourn lasted about two years. Remarkably little of Bruegel’s artistic production in Italy has been preserved: it has been recently suggested that some of his long held ‘Italian’ drawings such as the View of the Ripa Grande are records made after his return to the Low Countries. Even so, later compositions testify that he travelled to Rome, and then as far as Naples and Messina. In Italy, Bruegel painted a Tower of Babel on ivory, a two-handed artwork he made with Giulio Clovio, the celebrated miniaturist in the service of Alessandro Farnese, but now lost. Atypically, no drawings by Bruegel after Italian artists of his age are known, but the confrontation with the work of the great Cinquecento masters undeniably impacted his creations. 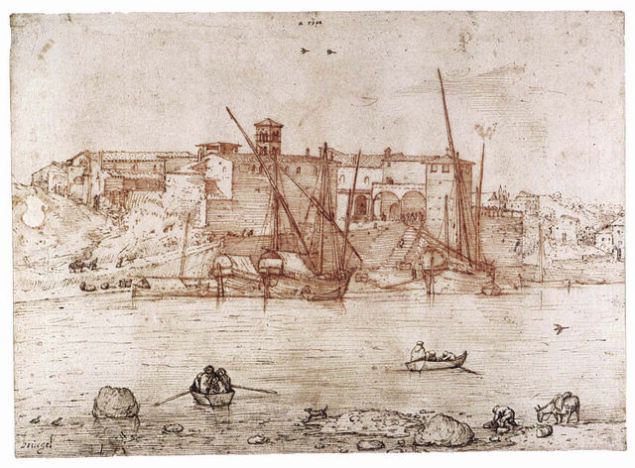 The purpose of this conference is to reassess Bruegel’s encounter with Italy within a broad cultural-historical context and in light of recent scholarship. Communication between Italy and the Low Countries was intense during Bruegel’s time, as were artistic, political and economic relations. During a fair share of Bruegel’s life, the Low Countries were governed by Margaret of Parma, wife of Ottavio Farnese. She was advised by Cardinal Granvelle, a major political player as well as a grand Maecenas of Italian and Netherlandish art. A first session considers the Bruegel’s view of Italy before his Italian sojourn, shaped among others by Italianisms in the work of his predecessors and by Italian models in Brussels, prints after Italian masters published by Hieronymus Cock, as well exchanges with Italians living in the Low Countries. A second session focuses on Bruegel’s Italian itinerary, and his encounters with Italian artists and landscapes. A third session looks at the continuous dialogue with Italian art and culture in Bruegel’s later life and work, as appears from news reports in Rome on the troubles in the Netherlands in the years 1563-1569, from Bruegel’s references to Italian villa culture and topographies and from art debates in Italy and the Low Countries. A last session considers Bruegel’s reception and fame in Italy. What do we known about early presence in Italy of Bruegel’s paintings such as the Triumph of Death, the Misanthrope and the Blind leading the Blind? What was Bruegel’s status, and how was his work imitated in early modern Italy?