NB museums in the Netherlands will remain closed until at least 15 March. Please refer to the museum website for opening times.

The starting point of this exhibition is the Carrying of the Cross by Pieter Brueghel the Younger. A seemingly religious subject that can also be interpreted as a critical commentary on the power structures and religious reality in Flanders around 1700. In the exhibition Brueghel and contemporaries: art as hidden resistance? the work of Pieter Brueghel the Younger is shown alongside other interpretations of the crucifixion by predecessors, contemporaries and followers. 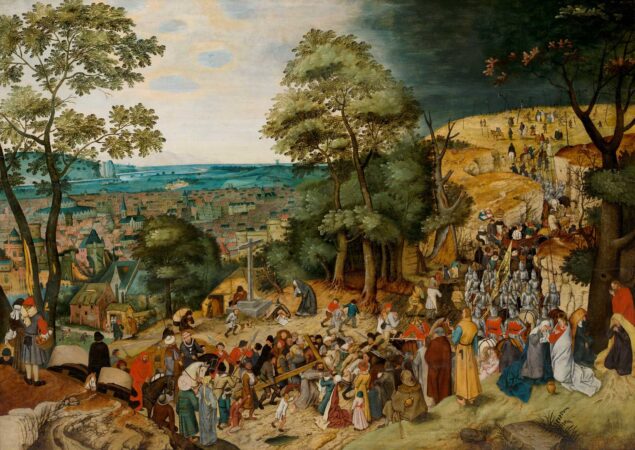 Information from the museum, 26 January 2021