Case Study in the Context of Rembrandt and his Circle: Benjamin Cuyp (1612-1652)

Comparable with a painting by Benjamin Cuyp in The Kremer Collection (Aetas Aurea Holding), representing an Oriental Writer Sharpening his Pen (oil on panel, 27,5 x 22,5 cm, signed at the upper left: Cuyp). Although the proposed date for the latter painting is 1640/45, we may presume that it originates from an earlier period in relation to our (unpublished) Old Man Reading (1632).

For this kind of subjects, the dawn of the 1630’s can be considered a point of reference. Starting with Rembrandt, Jan Lievens and Gerrit Dou (from Leiden) and with their contemporary Benjamin Cuyp (from Dordrecht).  Famous examples are Rembrandt’s Old Man in a High Cap (etching, dated 1630), Old Woman with a Hand on her Chest (etching, dated 1631), Old Woman Wearing an Oriental Headscarf (etching, dated 1631); Gerrit Dou’s Old Woman Reading a Lectionary (Amsterdam, about 1632) and Jan Lievens’ Old Woman with a Headscarf (Stamford, about 1631). Furthermore we can easily add many other high-quality examples from the ‘Rembrandt and/or Leiden circle’, for example Old Man with his Arm before his Chest in Boston (about 1631). Rembrandt already produced this kind of ‘tronies’ in the late 1620’s, e.g. Old Man with a Turban (Aetas Aurea Holding,  about 1627) and Old Woman Praying (Salzburg, about 1629/30). 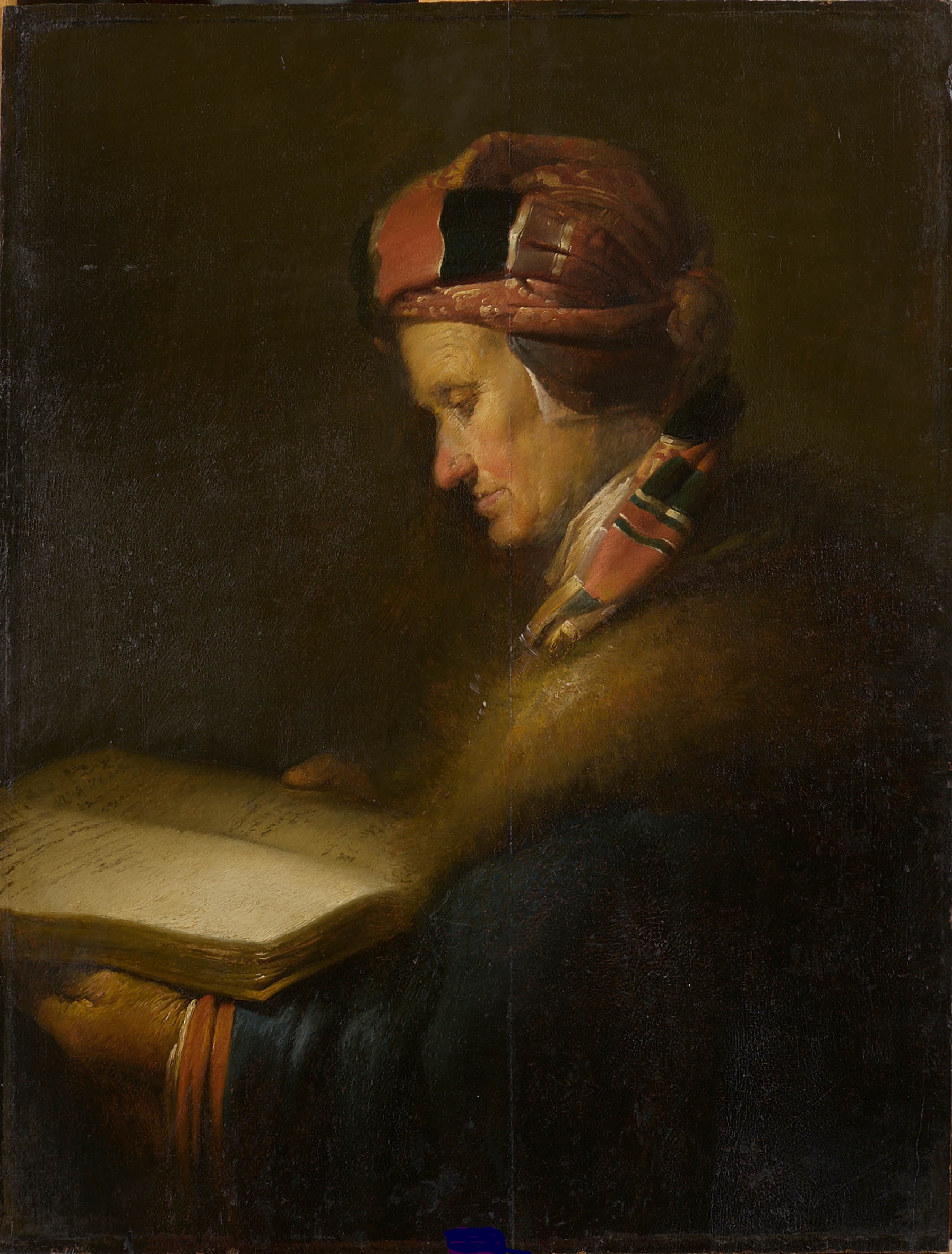 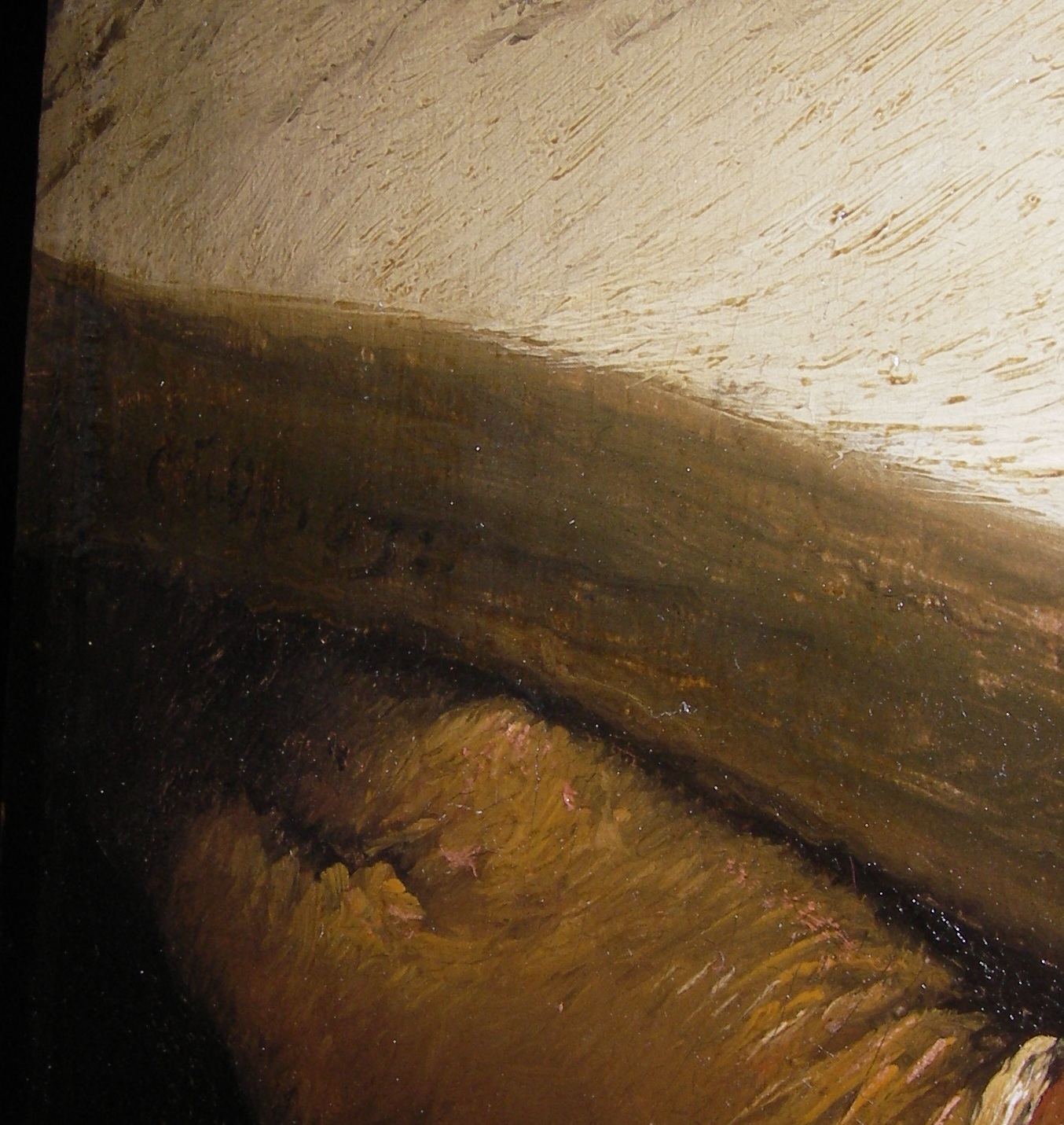 We selected this panel as another contribution to the oeuvre catalogue of Benjamin Cuyp (1612-1652) and the influence he clearly underwent from Leiden artists active at the end of the 1620’s and the beginning of the 1630’s. Nineteen year old Cuyp became a member of the Guild of Saint-Luke in Dordrecht in 1631.