During the sixteenth, seventeenth, and eighteenth centuries, Antwerp, Amsterdam, and London became the leading trade centers in Northern Europe because of their position along rivers and their proximity to the North Sea.

Community pride and urban identity culminated in streets, squares, and monumental buildings. They acted as a dynamic billboard for citizens and visitors alike, and represented what the city (or powerful factions within the citizenry) aimed to represent. These representative qualities were greatly enhanced by the use of the visual arts, which depicted the city’s most important public spaces and representative buildings. Similar illustrations often embellished maps of the city. The visual arts condensed the representative qualities of the cityscape, as well as providing it with a public not necessarily living within the city – as was obviously the case with artistic work which could be reproduced, such as prints.

The prints and rare books of the Trésor Collection (TU Delft Library) offer the opportunity to visually compare the three leading trade centers around the North Sea in the early modern period. Do the illustrations show places with similar characteristics, or do they rather stress the particular identities of the cities? Three themes are highlighted in this exhibition: water & commercial activity, power & religion, urban extensions & fortifications.

The exhibition has been organized by Master students of the Faculty of Architecture and the Built Environment, TU Delft in collaboration with Everhard Korthals Altes. 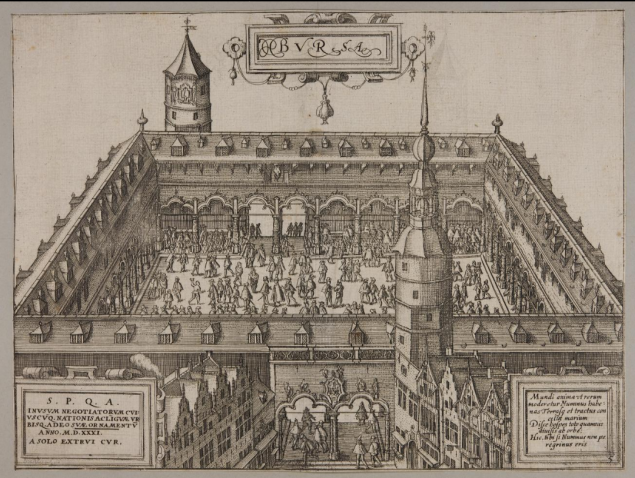