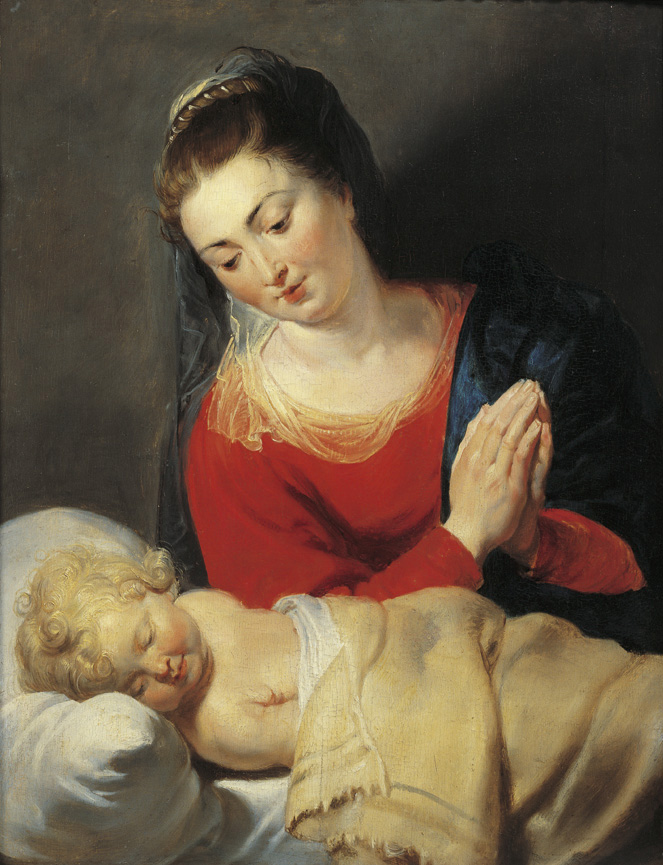 Organized jointly by the Koninklijk Museum voor Schone Kunsten Antwerpen (Royal Museum of Fine Arts, Antwerp) and the Musée national des beaux-arts du Québec, in the context of a cycle of six major exhibitions spotlighting Rubens shown throughout the world in 2004

Copyright Rubens: the art of the great image maker features a selection of 150 magnificent works – primarily engravings, the essence of the exhibition – designed to showcase in Canada the work of the remarkable image-maker Peter Paul Rubens, considered by many to be one of the most famous and influential artists of all time.

A contemporary of Rembrandt, Vermeer and Van Dyck, Flemish painter and draughtsman Peter Paul Rubens (1577-1640) was one of the great masters of baroque painting. Over his career, Rubens developed a style that would win him renown and express itself forcefully in large religious, heroic and mythical compositions, thereby enhancing the dramatic, triumphal character of his works. His technical virtuosity, coupled with his exemplary sense of staging, made him one of art history’s giants.

Peter Paul Rubens was far from the mythical poor, bohemian artist. The father of baroque painting, characterized by rich ornamentation and colour and freedom of form, Rubens was one of the great masters of European art. Born in Siegen (Germany) and dying in Antwerp (Belgium), the Flemish painter enjoyed a productive and lucrative career, working for several European courts. He travelled to Italy, where he pursued his training, then to France, where Marie de Médicis commissioned him to decorate Luxembourg Palace, to England, where he decorated the Banqueting Hall of Westminster, and to Spain, where he was the artistic advisor to King Philip III and King Philip IV. Virtuosity, lyricism and sensuality characterize his prolific corpus. Rubens had far-reaching influence on Western art for more than two centuries.

The exhibition Copyright Rubens: the art of the great image-maker testifies both to the artist’s creative genius and his exceptional popularity during his lifetime. It explores how Rubens succeeded in exercising artistic and commercial control over the reproduction of his works.

From the 17th century until the late 19th century, compositions by Pierre Paul Rubens (1577-1640) were widely circulated in the form of prints taken from some 850 plates engraved over that time. Early on, Rubens found that many of his paintings were being reproduced without permission and sought privileges (exclusive rights) to protect himself against piracy. After much effort, he was granted “copyright” by the States General of the Dutch United Provinces and the rulers of Spain, England and France. He then began a vast printmaking project that resulted in close to a hundred plates executed under his direct supervision by talented engravers like Lucas Vorsterman and Christoffel Jegher. Transposed to the engraving medium, his mythological scenes, altarpieces, portraits and landscapes could be enjoyed by an international public. It was in this way that Ruben’s influence came to be felt around the globe.

Of the highest artistic standards, the engravings shown in the exhibition are considered masterpieces. In addition to constituting a very rare opportunity in Canada to view Rubens’ work, the exhibition sheds light on the complex and fascinating technique of engraving.

For the Musée national des beaux-arts du Québec showing, six works by Québec artists produced between the mid-17th century and the late-19th century have been added to testify to Rubens’ dissemination and influence in Québec.

For example, The Education of the Virgin painted by Rubens was widely disseminated in Catholic venues. In Québec, there are fifteen paintings inspired by it and many engravings found in religious community’s collections. Visitors to the Copyright Rubens exhibition will have the great privilege of admiring this magnificent canvas by Rubens, on loan from the Koninklijk Museum voor Schone Kunsten Antwerpen (Royal Museums of Fine Arts, Antwerp). The work was restored for the showing. Beside Rubens’ original is a very faithful copy by Québec painter Théophile Hamel. While travelling through Europe to hone his artistic skills, in 1845 or 1846, Hamel stopped in Rubens’ hometown of Antwerp, where he painted this copy. The technique employed by Hamel for his reproduction is called gridding. It consists in reproducing an original work into a precise grid, which allows the artist to keep the proportions and positions of the various elements in a given painting.