Almost 100 statues from the Suermondt-Ludwig-Museum in Aachen are being exhibited outside Germany for the first time, beside 18 works from the permanent collection at M. The exhibition thus presents an extensive survey of late Gothic (1350-1550) mastery in the Low Countries.

This research-based exhibition brings together altarpieces, statues of saints, decorated sculptures, ivories and reliquaries that were probably all produced in the Low Countries. But how does one identify these statues? Who made them? Who commissioned them? Since many sculptures and much source material has been lost, these questions sometimes remain unanswered. They are thus often grouped by town or by region, such as ‘Brabant’ or ‘Southern Low Countries’. Nevertheless, these categories are rarely definitive. This exhibition is therefore pioneering a new approach. According to this method, each statue is given a passport that consists of various characteristics. This allows the statues to tell us more than only the town or region in which they were produced.

95 masterpieces from Aachen will be juxtaposed with 18 works from the permanent collection at M. The pieces include creations by Jan Borman, the Master of Elsloo, Jan van Steffeswert, Hendrik Roesen, the Master I.T., the Master of the Five-Pointed Star, the Master of the Utrecht Stone Head of a Woman, and Master Balthasar. The Peter Altarpiece from Opper-Gerle is one of the absolute highlights of the exhibition. It is not only exceptional due to its size, but is also striking for the detailed execution of its many figures. 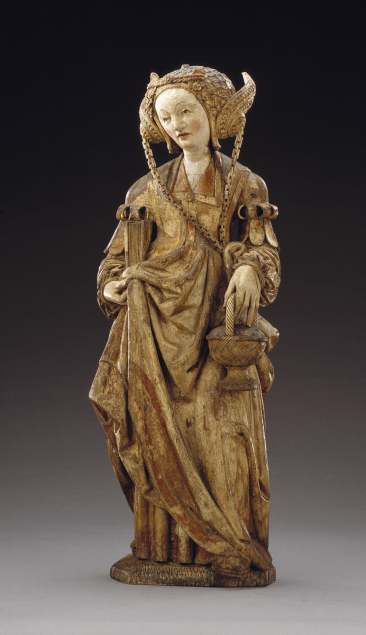