From August 5 2018 you can admire the new focus exhibition of The Phoebus Foundation in the Keizerkapel (Antwerp).

After the presentation of the triptych with Saint Luke painting the Madonna, The Phoebus Foundation focuses on another masterpiece from its  collection: a floral still life by Daniël Seghers (1590-1661). At first glance, the simple vase with roses, daffodils and tulips seems to speak for itself, but nothing can be further from the truth. This still life tells the sensational story of an Antwerp Jesuit lay brother who became court favorite with his exceptionally realistic and detailed floral paintings. The art of Daniël Seghers was heavily sought-after by the European nobility during the first half of the seventeenth century. According to the famous poet Constantijn Huyghens you could almost smell the flowers displayed on the paintings by Seghers. Today Daniël Seghers is hardly known to the public. With this new theme exhibition, The Phoebus Foundation wants to draw attention to an intriguing chapter of forgotten history. You can discover the work of Daniël Seghers in the Keizerskapel until the autumn. In addition, for this occasion art restorer and still life specialist Sven Van Dorst wrote an abundantly illustrated Phoebus Focus (64 pages) dedicated to Seghers. 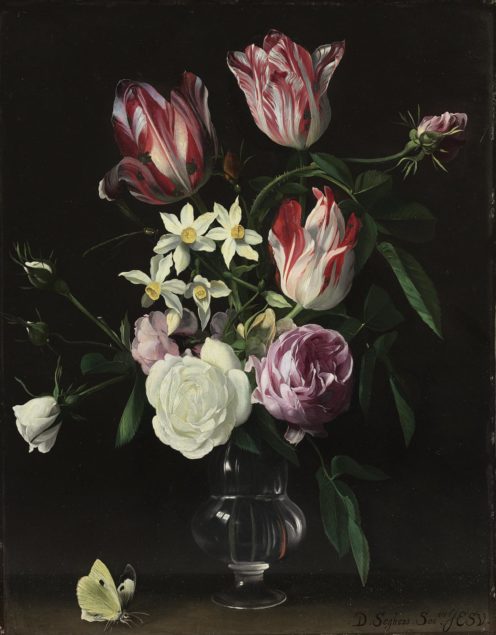