The exhibition The Nine Lives of Cornelis Goliath (1617-1660) at the Zeeuws Archief tells the turbulent life story of the cartographer and surveyor Cornelis Goliath. When he decides to settle down and he moves his family to the region of Walcheren, fate strikes and he falls victim of an attack.

Cornelis Goliath made a career in the WIC (Dutch West India Company). Under the rule of Johan Maurits van Nassau-Siegen, also known as Maurits “the Brazilian”, Goliath established his name as a cartographer. He worked allover the world; for example, he made plan of attack in Angola, but also mapped the bay and the city of Recife in Brazil.

In Zeeland he drew maps of the cities Domburg and Middelburg. The map of Middelburg found its way to a large audience in printed form It is still used today and is known as “the map of Goliath”. Goliath’s work served as an example to others, such as Johannes Vingboons and Arent Roggeveen.

For a detailed article on the life of Cornelis Goliath (in Dutch), published in conjunction with the exhibition, see www.zeeuwsarchief.nl 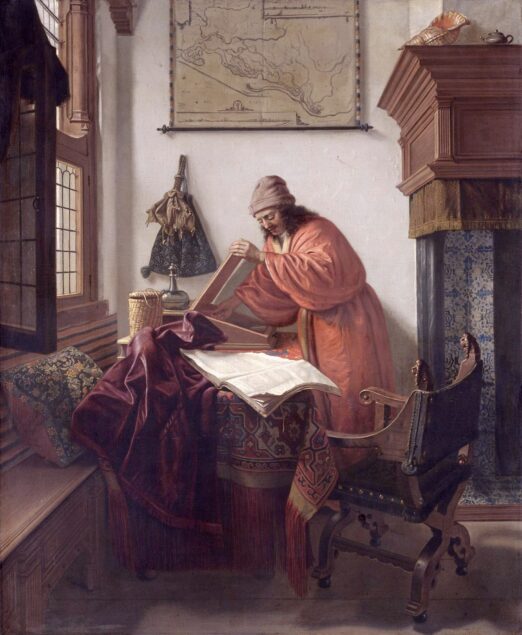