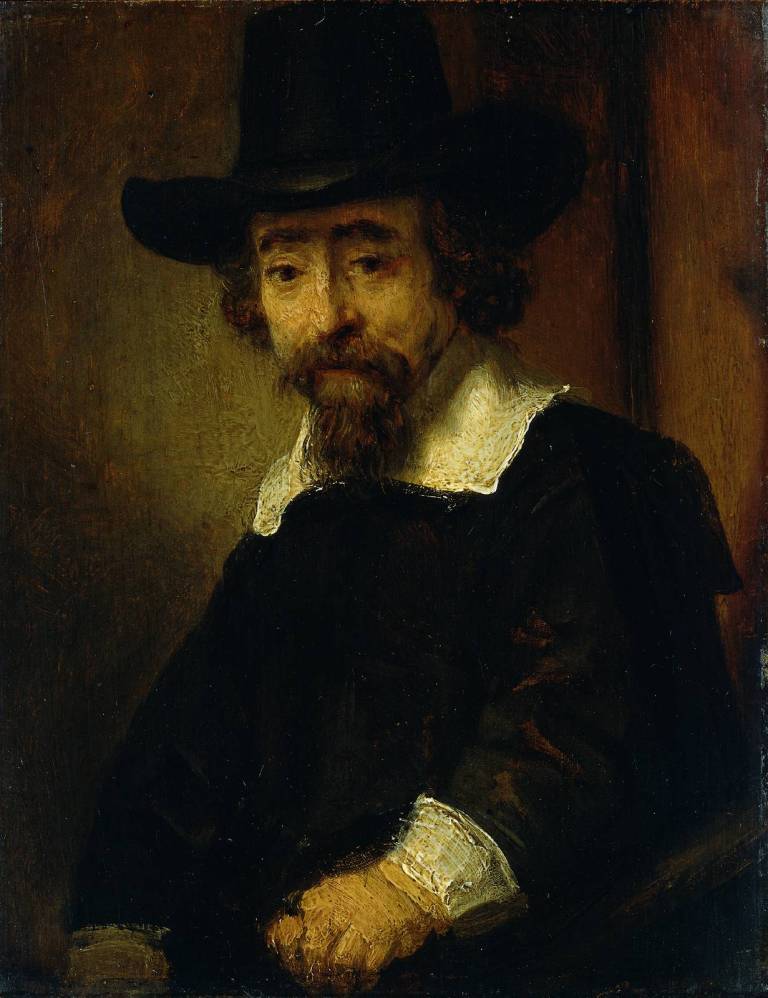 In recent centuries a romantic myth has developed suggesting Rembrandt had a special bond with Jews. He was supposedly a good friend of the famous philosopher Spinoza and the outstanding rabbi Menasse ben Israel. Some people even discovered echoes of Jewish mysticism (kabbalah) in his paintings and references to Judaism. His Jewish neighbours in Amsterdam’s lively Jewish Quarter provided, it was said, the inspiration for many of his drawings and portraits. But is this really so? Formerly, many of his works were given Jewish titles, but today it’s far from clear if these were warranted. Only a few of Rembrandt’s works deal indisputably with a Jewish theme, or depict a Jew. Even his famous painting The Jewish Bride is now up for discussion – does it really represent a Jewish couple?

The exhibition in the Jewish Historical Museum, titled The ‘Jewish’ Rembrandt will attempt to unravel this myth. From all around the world paintings have been assembled, all of them playing an important part in this piece of detective work. Works that contributed to the Rembrandt myth include his impressive painting Moses and the Tables of the Law and the portrait of Dr. Ephraïm Bueno, as well as the book Piedra Gloriosa containing etchings by Rembrandt. Encircled by snippets of sound and visuals, accompanied by the voices of experts and encouraged by animations showing scenes of 17th-century Amsterdam, visitors to the exhibition can explore the past and come to their own conclusions – what exactly is the truth behind the ‘Jewish’ Rembrandt?

The ‘Jewish’ Rembrandt is part of the key programme for the Rembrandt-400 celebrations, a national festival organized by museums and public bodies to celebrate the 400th birthday of the Dutch painter Rembrandt..

The “Jewish” Rembrandt
Mirjam Alexander, Jasper Hillegers and Edward van Voolen, with an afterword by Gary Schwartz
English edition of the catalogue of an exhibition held in 2006 in Amsterdam (Joods Historisch Museum)
96 pp., 60 illustrations in color, hardbound
Zwolle (Waanders) 2008
ISBN 978-90-400-8467-6