In 1667 the world is looking towards Breda. This is where England, France and the United Provinces, France  and Denmark-Norway are discussing peace. But these negotiations were about much more than peace. Trade routes and colonies were at stake.  The Treaty of Breda swiftly ended the Second Anglo-Dutch War (1665-1667). 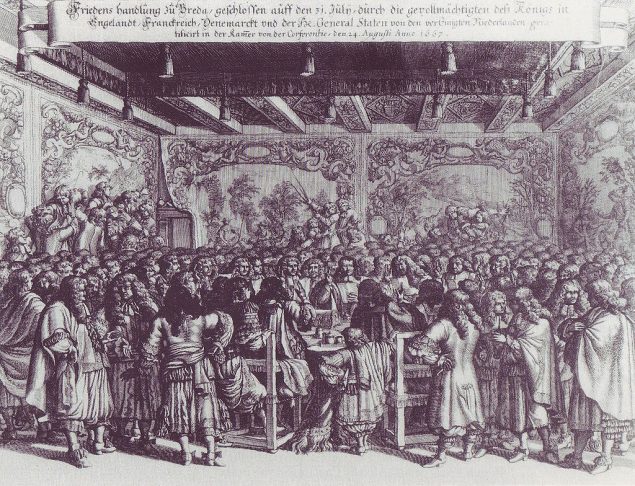