The J. Paul Getty Museum presents Dutch Drawings from a Collector’s Cabinet, an exhibition showcasing for the first time a magnificent group of seventeenth-century drawings acquired from a private collector in 2019. On view at the Getty Center, the exhibition features 50 works by artists from the Dutch Republic, including Rembrandt van Rijn, Adriaen van de Velde, Jacob van Ruisdael, and Aelbert Cuyp, among others. It is the first time these works are being publicly displayed together.

The Dutch Republic was the most prosperous nation in Europe in the seventeenth century, a time when its global trade, military, science, and art were highly regarded. The exhibition showcases this period of great artistic achievement when drawings became increasingly valued as independent works of art. 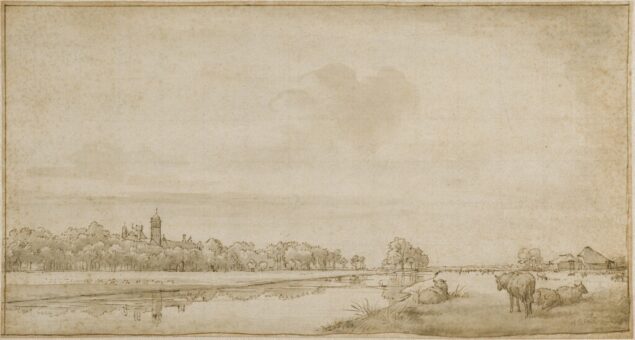 The exhibition presents a diverse range of genres and subjects, from a selection of rare landscapes and seascapes, religious scenes, figure studies and portraits, to colorful botanical illustrations. A standout landscape drawing in the exhibition is Adriaen van de Velde’s The House with a Little Tower Seen from the Northeast, which offers a quintessential evocation of the Dutch flat countryside framed by stretches of sky and water. Another landscape, Jacob van Ruisdael’s A Cottage among Trees, boldly rendered in black chalk, documents the artist’s travels to Bentheim in Westphalia.

While Dutch artists often rendered naturalistic subjects emblematic of their native land, many also flocked to Rome to immerse themselves in the study of ancient monuments. “Dutch artists were enchanted by the warm, golden Italian sunlight and vibrant history of the landscape,” said Casey Lee, curatorial assistant in the Drawings Department at the Getty Museum. “This exhibition offers insight into the significant influence Italian subjects played in Dutch art during this time, from Roman ruins to Corinthian columns.” 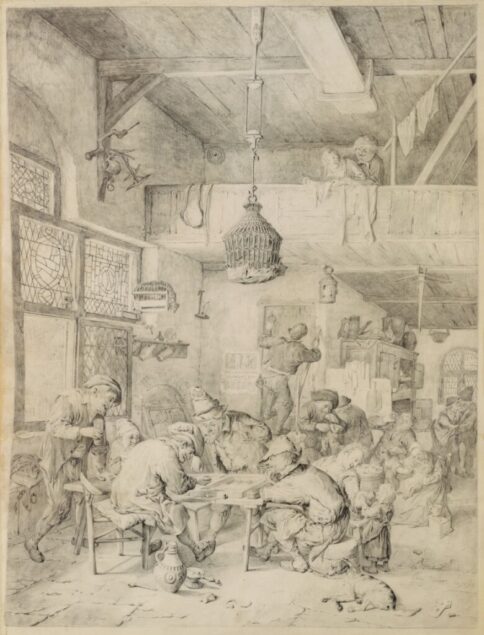 The exhibition includes several religious and historical scenes, including a striking work titled Crucifixion by Samuel van Hoogstraten, one of Rembrandt’s most talented pupils, along with an elaborate compositional study by Gerrit van Honthorst titled Allegorical Portrait of the Four Eldest Children of the King and Queen of Bohemia.

Among the many portraits and figure studies featured in the exhibition is Peasants Playing Backgammon and Merry-making in a Tavern, a comical scene by Cornelis Dusart portrayed in vibrant watercolors on luxurious vellum. Two more standout works are Young Woman at a Balustrade, a highly detailed portrait of a woman by Jan de Bray, and Young Man Leaning on a Stick, a rare early figure study by Rembrandt, made while he was working in Leiden, Netherlands at the beginning of his career. 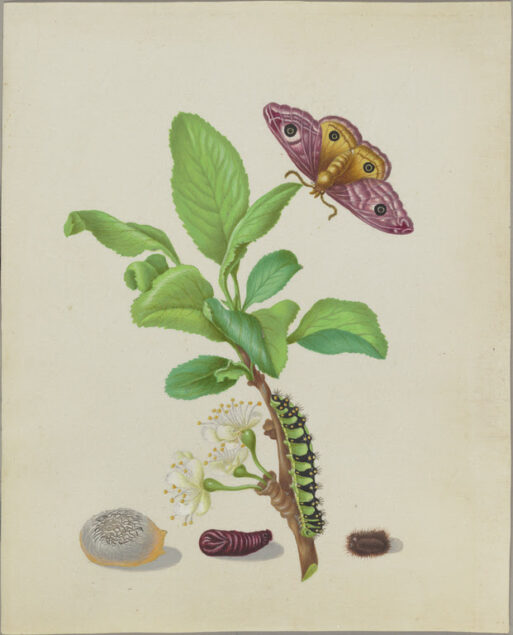 Five botanical drawings in the exhibition demonstrate the fascination with the natural world and the interaction of art and science in the Netherlands. Jacob Marrel’s imposing watercolor of Four Tulips speaks to “tulipmania,” a period when the speculative prices for tulip bulbs reached astonishing heights before the market collapse in 1637. Maria Sibylla Merian’s watercolor Metamorphosis of a Small Emperor Moth on a Damson Plum is a meticulous rendering of the metamorphosis of an emperor moth from egg to caterpillar based on a counterproof from her Caterpillar Book of 1679.

Dutch Drawings from a Collector’s Cabinet is curated by Stephanie Schrader, curator of Drawings, and Casey Lee, curatorial assistant in the Drawings Department at the Getty Museum.