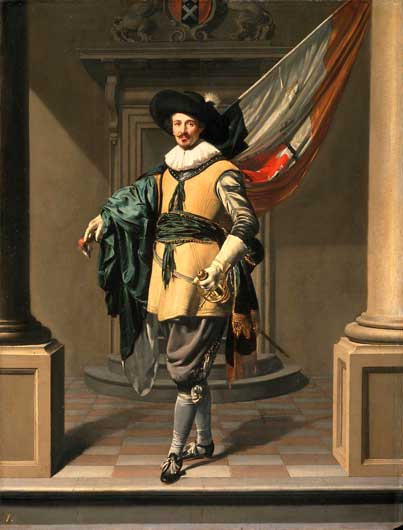 Following its independence from Spain in the 17th century, the Dutch Republic experienced an era of unprecedented wealth, the so-called ‘Golden Age.

Thanks to the successful activities of its merchants and entrepreneurs – and in sharp distinction to the rest of Europe – a new middle-class elite emerged. Its members became the dominant force in local government and civic institutions, and as a result became the new principal patrons of the arts. Portraits were especially suitable to express their newly found self-confidence and desire for representation, and artists responded by developing new types of portraits to meet the demands of this clientele.

This exhibition is jointly organised with the Royal Picture Gallery Mauritshuis (The Hague), and is the first international loan exhibition in 50 years to provide a survey of the unprecedented range and variety of painted portraiture in the Netherlands at this time.

It will include some 60 works, all painted between 1600 and 1680. Exhibits range from small, individual portraits meant for the private home to the large-scale group portraits of members of charitable institutions and civic guards.