On 3 April at 17.00 the National Library of Latvia (NLL) (atrium, level 4) will open the exhibition “Rakstot kokā” (“Engraving Wood“). It introduces viewers to an ancient printing method – xylography, and shows woodcuts and wood engravings from representatives of the national schools of Latvia, Germany, the Netherlands, France, the Czech Republic and the USA, and their diverse artistic searches and styles. The most striking works from the NLL Konrāds Ubāns Art Reading Room Printing Collection will be on show at the exhibition. Free admission. 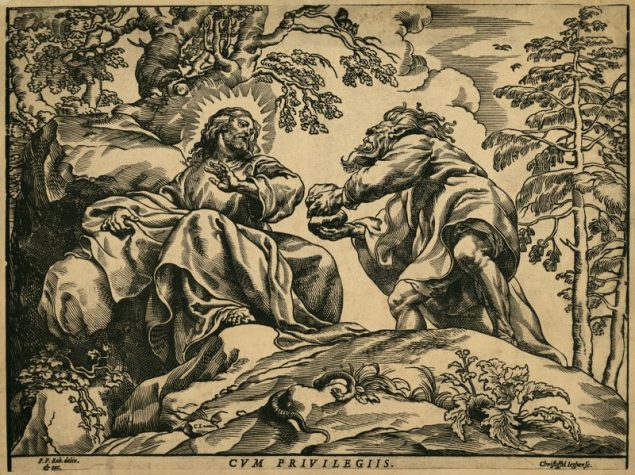 The exposition includes masterpieces form Western Europe’s Gothic, Renaissance and baroque era, as well as xylography from the time of the 19th century Industrial Revolution. It also features Dutch and German Art Nouveau and Expressionist sheets, providing an opportunity for viewing examples of book illustrations, graphic art and bookplates. Xylography from the 21st century is represented by young Latvian authors – Reinis Gailītis, and Vivianna Maria Staņislavska who received the Jānis Baltvilks “Jaunaudze” Award for her illustrations for Ieva Samauskas’s book “Skaļā klase” (“The Noisy Class”) in 2016. The exhibition also includes Oļģerts Ābelīte’s 1966 woodcut “Ziedi” (“Flowers”), which was purchased in 1968 by specialists at what was then the NLL’s Small Prints, Cartographic and Graphic Documents Department’s Graphic Documents Branch, and was the first work, which eventually led to the development of the collection.

The Konrads Ubāns Art Reading Room Collection is one of the largest and most important collections of prints in Latvia. It consists of about 10,000 items – works by artists and printers from different centuries hailing from Latvia, Germany, the Netherlands, Italy, France, England, Russia and the USA. Significantly, xylography is only a small part of the reading room’s graphic art collection – it also includes etchings, lithographs, screen prints and works which have been created in other graphic techniques. The most significant components of the collection are American collector, bibliophile and graphic design researcher, James Howard Fraser’s graphics collection, which was added to the NLL’s collection in 2012, and German art historian and collector Peter Böttger’s voluminous collection of prints and drawings, which the reading room received as a bequest in 2016.

Information from the curator