Etchings by Rembrandt from the S. William Pelletier Collection is an exhibition of etchings and drypoints organized from the estate of the late S. W. Pelletier, a lifelong collector of works on paper. As a fledgling professor of chemistry at the University of Georgia, Pelletier began assembling his collection while still a young scientist attending professional meetings across the globe. He seized these opportunities to comb the galleries and museums of cities hosting scientific meetings. He always was drawn to works on paper, and this quest fueled visits to international auction houses or museums, and resulted in endless hours spent in conversation with curators. Nothing gave him greater pleasure than to be locked away in the print rooms of the British Museum in London or to visit a European print cabinet in Düsseldorf: learning, researching, and studying the techniques of the masters.

It was perhaps these lifetime impressions of Rembrandt that caused him to expand his collection with the addition of prints and etchings by John Taylor Arms, Adriaen Van Ostade, Jean François Millet, Muirhead Bone, and James McNeill Whistler, artists crossing the boundaries of five centuries. Pelletier, never reticent to point out the finer points of printmaking, always noted the influences that one master artist might have passed on to another struggling young artist, sometime centuries later. A visit to his office was not complete until he showed his latest purchase, possibly a painting by the young American artist John Whalley or an etching by Rembrandt. He would be equally enthusiastic and charmed by both.

This exhibition of Rembrandt’s etchings and drypoints is arranged from Pelletier’s extraordinary collection of the Dutch master’s prints. Their subjects range from biblical stories and self-portraits to portraits of his mother and scenes depicting 17th-century peasant life. The viewer also is mesmerized by the simple details of everyday life. Laundry hanging on a line, a bird in the eave of a barn, or a dog’s leash bring the viewer into the simple world of the Dutch peasant, yet create great empathy for their human condition.

Curator Andrew C. Weislogel’s observations add to the understanding of Rembrandt’s subject matter when he emphasizes the master’s talent to understand biblical subjects in human terms. Rembrandt’s carefully constructed representations of joy or suffering, contribute to what the curator calls a “convincing sense of emotional fragility.” Weislogel notes that only Rembrandt can pack a dramatic narrative in such a small space. Some of the works in the exhibition are very small and “sensitively etched.”

This exhibition is organized by Dr. Andrew C. Weislogel, assistant curator at the Herbert J. Johnson Museum of Art, Cornell University. The Georgia Museum of Art hosts the exhibition as a memorial to Dr. Pelletier’s contributions to the institution. Etchings by Rembrandt is accompanied by a catalogue. 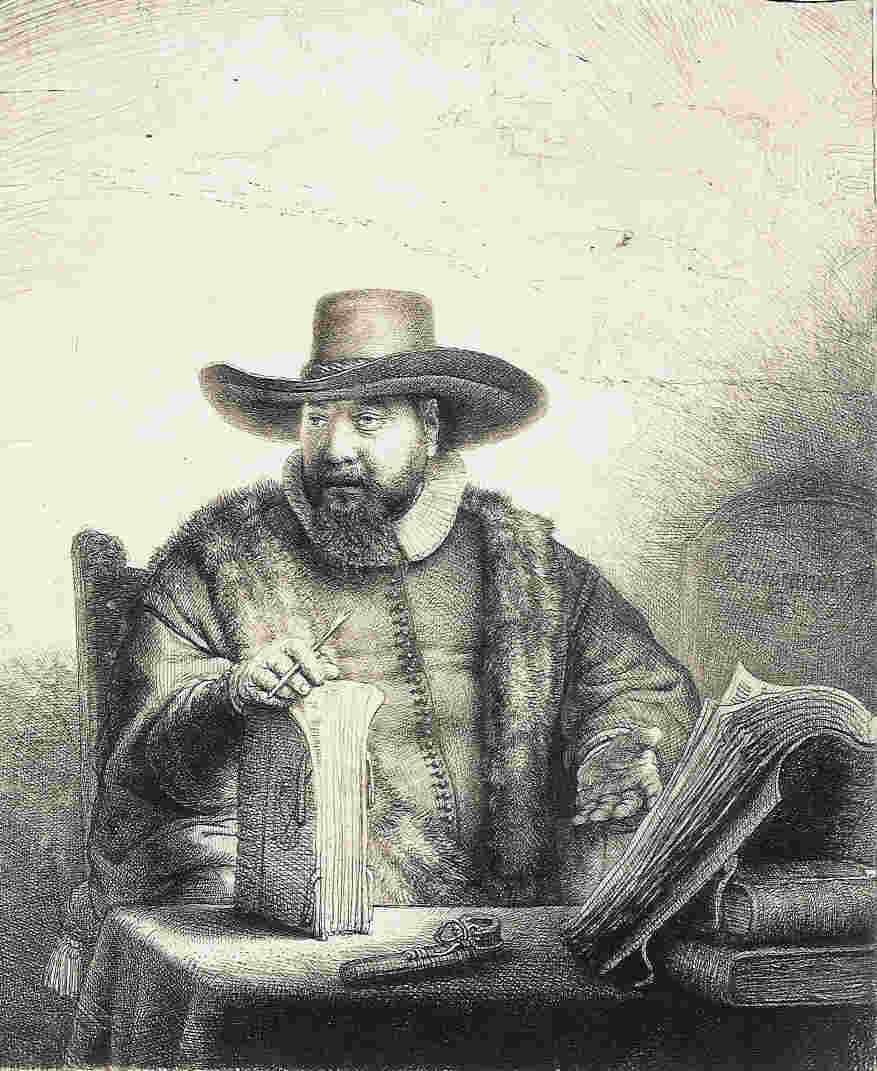