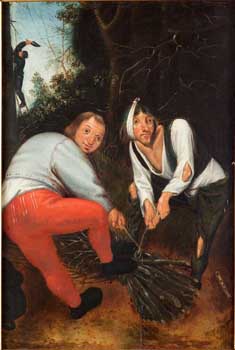 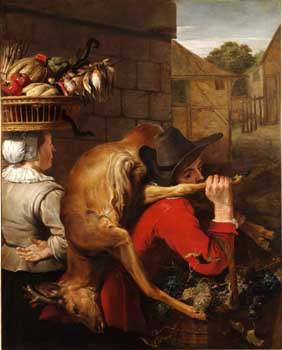 Information from the National Gallery in Prague

The collection of Flemish paintings is a true treasure of the National Gallery in Prague and its origins reach deep into the past. The Flemish masters were very popular at the Prague court of Emperor Rudolf II and during the 17th and 18th centuries. At the end of his life, even Rubens designed two monumental altarpiece canvases depicting St. Augustine and the martyrdom of St. Thomas for the Church of St. Thomas in Prague. These paintings became a model and source of inspiration for several generations of local artists. Consequently, Flemish painting was never perceived as a foreign element in Prague and Bohemia, but rather as a living resource for local artistic work. The Bohemian residential galleries of the late 17th century were dominated by works by Netherlandish artists in a wide array of genres. In the present times the set of 17th- and early 18th-century Flemish painting at the Prague National Gallery reached the respectable number of almost 500 items. A representative selection of 70 finest Flemish paintings from Prague is currently presented to Japanese audience.

The main hero of the event is Peter Paul Rubens (the exhibition shows five of his works), a man who epitomized 17th-century Flemish painting. The show includes works of Pieter II Brueghel, Anthony van Dyck, Jacob Jordaens, Roelandt Savery, Frans Snyders and also pictures of lesser known painters, for the fame of the great Flemish painters was also spread by the works of minor masters. All of them share in the great interest which, even after long centuries, is still aroused by Flemish painting.