Franchoys Ryckhals, painter and draftsman from Middelburg, was active from circa 1630 to 1647. A large volume of about 120 of his paintings and drawings are known, indicating a succesful care Ryckhals was largely forgotten in the eighteenth century, but was re-discovered in 1917.

Much of his work consists of farmhouse interiors with livestock, vegetables and people. He also painted rural landscapes, a few in with a biblical theme, and fish on the beach as well as still-lifes with valuables.

Although Ryckhals was rediscovered in the nineteenth century he remains unknown to the general public. The Stadsmuseum Zierikzee is about to bring the artist into the limelight. The exhibition includes works from the Goedaert Collectie, as well as loans from the Mauritshuis, the Noord-Hollands Archief in Haarlem, the Elsene museum in Brussel, the Zeeuws Museum in Middelburg, and several private collections. 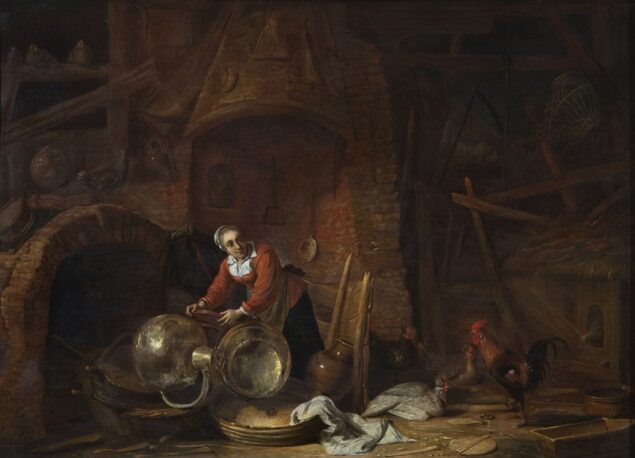