Maerten de Vos (1532–1603), Moses with the Ten Commandments among the Israelites, ca. 1574-75
Museum Catharijneconvent, Utrecht (on loan from Mauritshuis, The Hague)

During the sixteenth century, Antwerp was the most important metropolis of Western Europe. A flourishing art market developed but political and religious unrest led to a migration wave of artists and merchants to the north. Migrants fled to the Dutch cities of Amsterdam, Leiden, Haarlem, Rotterdam, Delft, Middelburg, The Hague and Enkhuizen. This development caused an unprecedented flowering of art and economy in the city of Amsterdam. The exhibition Ode to Antwerp will explore the phenomenon that helped shape the flourishing of Dutch seventeenth-century painting. 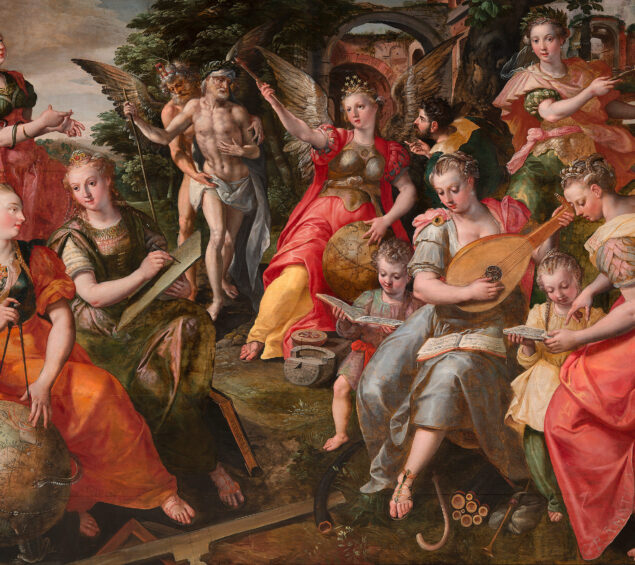