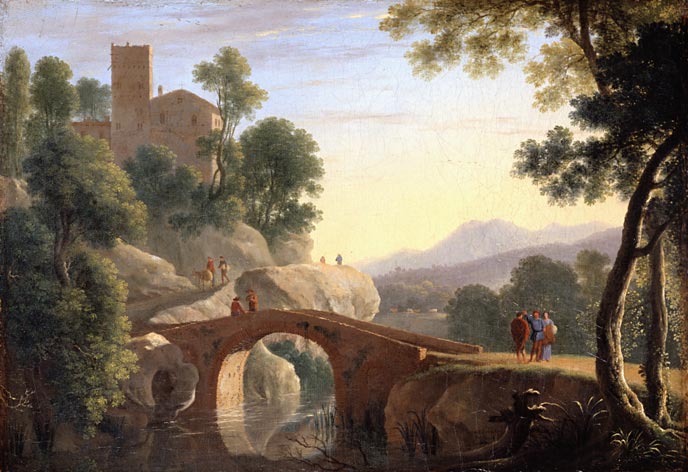 The painter and engraver Herman van Swanevelt was born in Woerden, one of the smaller cities of the Province of Holland in the newly independent Dutch Republic. The Municipal Museum of Woerden has published this book to accompany the very first exhibition of a fine selection of his paintings, drawings and etchings. An international team of six reputable scholars, who have collaborated to provide a new analysis of Swanevelt’s life and work and the vicissitudes of its reception, are now able to offer a number of fresh insights.

Herman was born in 1603 – three years later than hitherto assumed – to a family of thriving artisans whose ancestors included the famous painter Lucas van Leyden. The identity of Swanevelt’s teacher remains a mystery, given the fact that no first-rate painters are known to have lived in Woerden. A new hypothesis suggests that he was a pupil of Willem Buytewech in Rotterdam. Herman is recorded in Paris in 1623, but his stay in Rome from 1629 to 1641 is much better documented. Here he emerged as a key figure in the vanguard of those Northern painters who strove to render convincingly the Southern landscape and its sunny atmosphere. Created and developed by Paul Bril and Cornelis van Poelenburch from 1600 onward, the genre of the “Italianate landscape” entered its classical phase in the 1630s with the advent of Swanevelt and his friends and contemporaries Pieter van Laer and Claude Lorrain.

Swanevelt’s luminously lush landscapes and views of Roman ruins were hugely successful, and were soon in demand among Rome’s great collectors. Like Claude Lorrain and Jan Both, Swanevelt painted huge canvases (1636-1640) for King Philip IV’s of Spain country palace “Buen Retiro” near Madrid.

From 1643 on we find Swanevelt living in Paris, where he met with equal success. His landscapes now took on a more Northern appearance, though he also continued to paint views of Rome. In Paris, too, his work was eagerly sought after by all ambitious collectors, and he received the prestigious appointment of “peintre ordinaire du roi”.

A separate chapter is devoted to Swanevelt’s large output of high-quality etchings, which (as in the case of Rembrandt) greatly enhanced his fame among his contemporaries as well as his place in posterity. Another essay discusses Swanevelt’s delicate drawings -many of them preparatory studies for paintings- which are of equally high quality.

From 1641 until his death in 1655 Herman paid occasional visits to his native town of Woerden, where he also painted, as evidenced by his addition of “Woerden” between his signature and the dates 1642, 1648 and 1649 on several works from those years. One such painting was recently acquired by the Woerden Municipal Museum. Most intriguing is a newly discovered illustration that Swanevelt made in 1649 for a volume of poetry written by Jan Farret, also of Woerden. These verses recount Farret’s overseas adventures with his friend and superior Peter Stuyvesant.

The international fame of Swanevelt’s art continued unabated until the end of the nineteenth century, when it suddenly fell out of favor. At this time the most prominent art critics felt that the Dutch seventeenth century Italianate landscape painters had been wrong in choosing Italian scenery as their subject. They were accused of being “unpatriotic” and their oeuvres were criticised for their lack of “realism”. The complete school of Netherlandish Italianate landscape painting was subsequently relegated to limbo and their works were banished to the museums’ storerooms. Swanevelt was even chastised for being no more than a follower of Claude Lorrain. Recent research, however, has revealed that Claude’s main starting point had been works by Swanevelt. Nowadays art lovers are no longer blind to the superb quality of the work produced by the principal Dutch Italianate landscape painters, including Herman van Swanevelt. The purpose of our book and exhibition, therefore, is to open the eyes of the wider public.

The exhibition presents
twelve paintings, thirteen drawings and about thirty-five prints by the master, from public and private collections in the Netherlands and abroad.