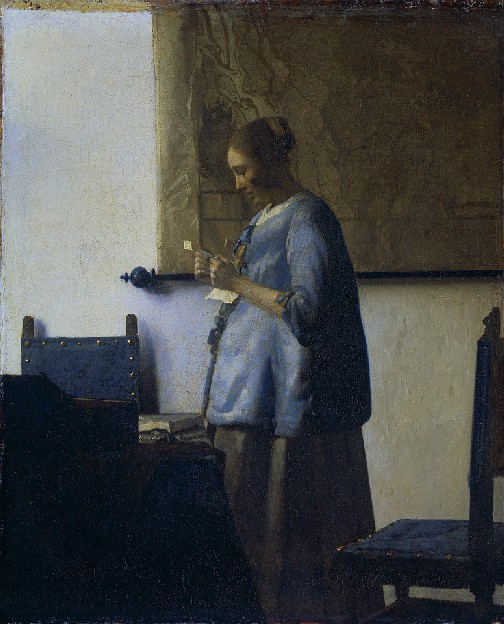 On 15 October 2004 a remarkable exhibition will open in Amsterdam. The Amsterdam Historical Museum and the Rijksmuseum are collaborating to make a joint presentation of the art collection of Adriaan van der Hoop (1778-1854).

This year marks the hundred and fiftieth anniversary of the bequest to Amsterdam of this banker-collector’s magnificent collection of paintings by world-famous masters such as Vermeer, Ruisdael, Rembrandt and Steen. Adriaan van der Hoop was a self-made man and millionaire who was at home in the highest circles of society – the Amsterdam Historical Museum will be bringing the man and his age to life by means of archive material, historical objects and a reconstruction of the salon of his own house with its seventeenth and nineteenth-century paintings. The Rijksmuseum is showing some twenty seventeenth-century masterpieces from the bequest. Both presentations give a good picture of the far-reaching influence of this extraordinary collector on our present idea of Dutch painting.

Born in Amsterdam, Adriaan van der Hoop became a partner in the Amsterdam banking company of Hope & Co in 1815. The contacts he developed with the tsars of Russia gave him a central role in the running of the bank. In Holland he was host to both Alexander I (1814) and Alexander II (1839) on their official tours. Van der Hoop was also on excellent terms with the Dutch royal family assisting both King Willem I and his son, Willem II in their business affairs. Van der Hoop held various political offices, including that of Amsterdam city councillor and member of the Upper House of the States General, or Dutch Parliament.

Van der Hoop hung almost all his paintings in his home at Keizersgracht 444 in Amsterdam. He kept some however in his country house of Spaarnberg in Santpoort, where he also grew exotic plants and maintained a stable of racehorses. By the time he died his collection amounted to more than 250 paintings.

In the exhibition in the Amsterdam Historical Museum visitors will be introduced to Adriaan van der Hoop and his age. In the elegantly furnished salon there will be many paintings, including masterpieces by Bol, Weenix and Schotel. An impression will also be given of the Museum Van der Hoop, founded after the collector’s death in the Oudemanhuispoort. Major works from the collection such as Girl Reading a Letter by Johannes Vermeer, The Mill at Wijk bij Duurstede by Jacob van Ruisdael and The Headmen of the Amsterdam Surgeons Guild by Nicolaas Maes will be shown here. There will also be works by masters such as Jan Steen and Pieter de Hooch.

The exhibition concludes with an impression of the Van der Hoop collection, as it was when it was housed in 1885 in the Rijksmuseum, on loan from the city of Amsterdam.

The Rijksmuseum is making a valuable contribution to the exhibition. The paintings from Adriaan van der Hoop’s collection form an important part of the museum’s permanent presentation of the Dutch Golden Age. For this reason it is showing some twenty masterpieces from the collection of this Amsterdam connoisseur in the Philips Wing. Rembrandt’s The Jewish Bride, the magnificent Italian Landscape with Draughtsman by Jan Both and Landscape with Waterfall by Jacob van Ruisdael are just a few of the many supreme works in this collection.

Today Adriaan van der Hoop’s collection can be seen in the Amsterdam Historical Museum and the Rijksmuseum. Every year hundreds of thousands of visitors from the Netherlands and abroad pass through these two museums to view these masterpieces. This is the first time that a joint presentation has been made of this world-famous collection. Their collector is therefore in a sense also ‘on show’.

Accompanying the exhibition is a richly illustrated catalogue in Dutch, with a complete overview of the collection of Adriaan van der Hoop, along with an extensive presentation of the masterpieces in color. This catalogue is published by the Amsterdam Historical Museum and the Rijksmuseum. Authors: Ellinoor Bergvelt, Cornelia Fanslau, Jan Piet Filedt Kok, Renée Kistemaker, Almut Pollmer, Jenny Reynaerts and Norbert Middelkoop. Editors: Ellinoor Bergvelt, Jan Piet Filedt Kok and Norbert Middelkoop.