Panoramic views and city views from the Rijksmuseum Museum Gouda proudly presents splendid panoramic views and intimate city views by great masters from the depots of the Rijksmuseum. But also works from Museum Gouda itself, which together span a period of three centuries. Admire the beautiful paintings by seventeenth-century painters Albert Cuyp and Jan van Goyen, but also by Cornelis Springer, a master from the Romantic Movement. The Hague School is represented by several works by Jacob Maris. Well-known and lesser-known painters, such as George Breitner, Johan Barthold Jongkind, Isaac Ouwater, Frans de Hulst and Jan Weissenbruch together make up a whole that is well worth seeing and very impressive. 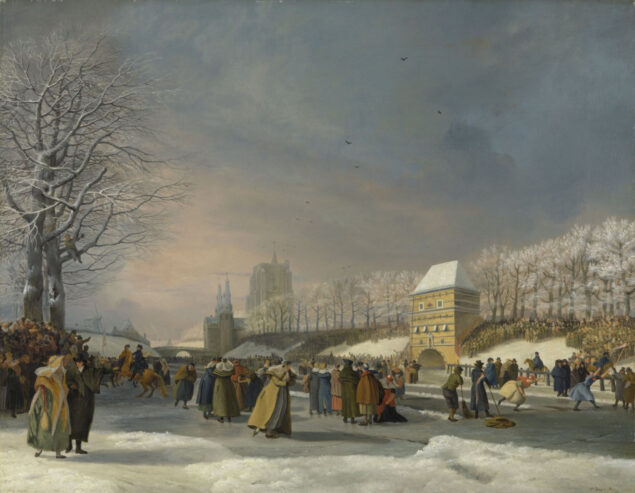 The Rijksmuseum and six collaborating museums in the Netherlands partnered in 2017 for an ambitious eight-year-long series of traveling exhibitions. The theme is the four elements: earth, water, air and fire. These will be interpreted in the exhibition series Low Countries, Cool Waters, High Skies and Hot Fires.