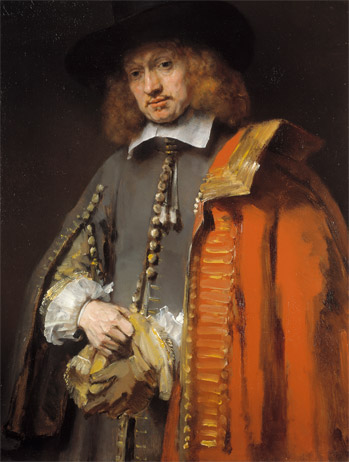 Seventeenth-century Dutch portraiture is a remarkable phenomenon: never before had so many portraits been painted. To this very day they afford insight into the taste, fashion, occupations and ambitions of affluent 17th-century individuals.

In the Golden Age, every gentleman of standing had himself eternalised in a portrait. The greatest patrons were the aristocracy and the church. Except in Holland, that is, which was ruled by its burghers who commissioned their likenesses in vast numbers. Merchants, scholars, generals and stadholders, seen in official and private settings, alone or in the company of colleagues, or surrounded by their wives and children. The portraits give us an idea of their pride, profession, wealth, love and ambitions. In addition to famous works such as Rembrandt’s Anatomy lesson, intimate ‘family gatherings’ were also rendered. Unique in this regard is the portrait of newborn twins, lovingly recorded by their uncle, Salomon de Bray. Very special is the loan of Rembrandt’s Portrait of Jan Six from 1654.

More than 55 works by 35 different painters provide an image of the exceptional portraits painted in Holland’s Golden Age. The two major masters of the Dutch portrait, Rembrandt and Frans Hals, are amply represented.