Hugo van der Goes (ca. 1440–1482/83) was the most important Netherlandish artist of the second half of the fifteenth century. His works impress with their monumentality and intense colors as well as with their astonishing closeness to life and emotional expressivity. In March 2023, 540 years after the artist’s death, Berlin’s Gemäldegalerie will celebrate a premiere: for the first time, almost all of the artist’s surviving paintings and drawings will be presented in one exhibition: Hugo van der Goes. Between Pain and Bliss (Hugo van der Goes. Zwischen Schmerz und Seligkeit).

Although Hugo van der Goes must be mentioned in the same breath as pioneering masters such as Jan van Eyck and Rogier van der Weyden, no monographic exhibition has ever been dedicated to his oeuvre. This is likely due to both the rarity of his works and their often large format. Two of his monumental paintings, the Monforte Altarpiece (ca. 1470/75) and Nativity (ca. 1480), are in the Gemäldegalerie in Berlin. For this reason, the collection lends itself to a special exhibition like no other. Both Berlin panels have been painstakingly restored in the past twelve years and show themselves in a freshness previously unimagined. Van der Goes’ late masterpiece, the Death of the Virgin from the Groeningemuseum in Bruges, which has never left Flanders before, has also been extensively restored recently and will form a highlight of the Berlin show. 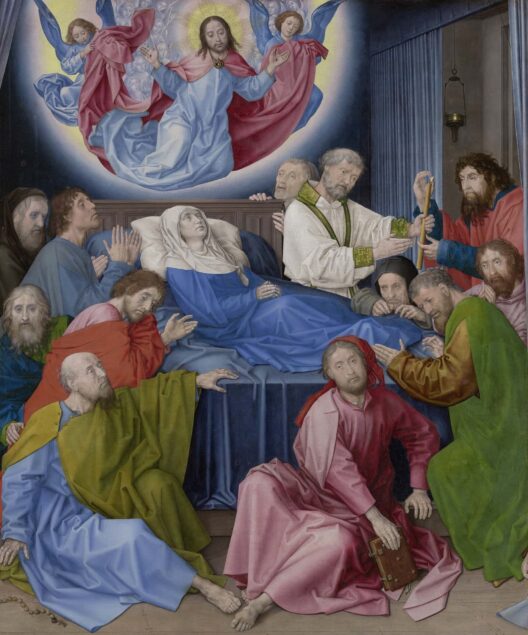 Hugo van der Goes’ biography fascinates today to the same degree as his paintings. The artist, who worked as an independent master in Ghent from 1467 onwards, abandoned his successful worldly career in the mid-1470s for unknown reasons and entered a monastery near Brussels as a lay brother. It was there that most of his preserved works were created. After a few years in the monastery, however, Hugo was suddenly struck by a mysterious mental illness, which a fellow brother later reported: the painter believed himself to be damned and tried to take his own life. In the late nineteenth century, van der Goes was therefore regarded as the prototype of the “mad genius”, with whom even Vincent van Gogh identified.

With around 60 outstanding exhibits, including loans from 38 international collections, the Berlin exhibition will bring the art of Hugo van der Goes to life in a way that has never been seen before. The focus will be on twelve of the fourteen paintings now attributed to van der Goes as well as the two drawings considered to be by his own hand. In addition, compositions by the master that were once well known but lost in the original will be presented through contemporary painted and drawn copies. Lastly, the exhibition will also focus on the painter’s immediate followers with a selection of outstanding works clearly influenced by Hugo van der Goes’ style, such as the spectacular Triptych of Saint Hippolytus from the Museum of Fine Arts, Boston and the famous Nativity by French painter Jean Hey from the Musée Rolin in Autun. 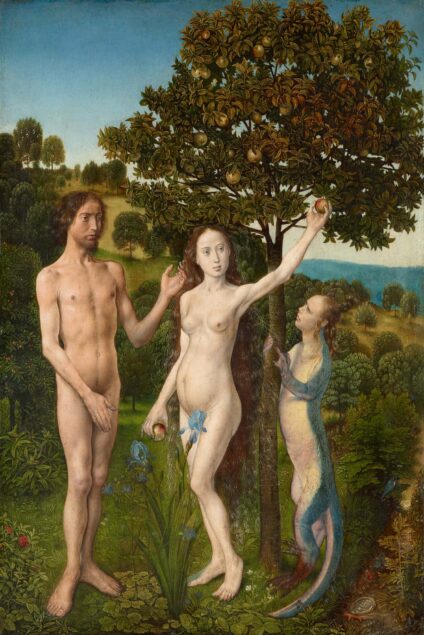 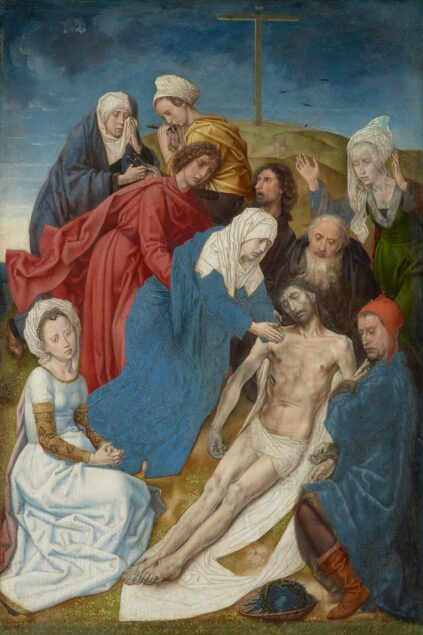 In the Gemäldegalerie, the œuvre of one of the most important European artists at the turn of the early modern period is brought together almost in its entirety for the first time. Van der Goes knew how to portray the emotions of his figures with the greatest empathy – both heavenly bliss and earthly pain. These contradictory states were apparently also closely intertwined in his own life. Thus the late-medieval painter still appears surprisingly modern today.

Hugo van der Goes. Between Pain and Bliss is curated by Stephan Kemperdick, curator of Early Netherlandish and Early German Painting at the Gemäldegalerie, and Erik Eising, assistant curator at the Gemäldegalerie. The exhibition will be accompanied by a catalogue, published by Hirmer Publishers, Munich: 304 pages, 250 reproductions, ISBN 978-3-7774-3847-4 (German edition) and ISBN 978-3-7774-3848-1 (English edition).