This exhibition will be the first extensive exposition on the life of this almost modern and self-assured medieval noblewoman, who is sometimes likened to Máxima, current queen of the Netherlands, as there are many parallels between their respective lives. The exhibition is based on new and multidisciplinary research and will feature over 100 artefacts, including top pieces from international collections that have not been on display in the Netherlands before, which will have the effect of immersing the visitor in the story of Mary’s life. Highlight of the exhibition is the 40 specially selected and restored pages from her extensive prayer book, one of the greatest medieval art treasures of the Netherlands. Due to its vulnerability the book has been kept under lock and key for many years, and to keep it safe after the exposition it will have to be bound in such a way that will make exhibitions like this impossible.

Mary of Guelders’ prayer book has been kept in the Staatsbibliothek zu Berlin since the 17th century and was unbound 40 years ago. Over the last few decades only a limited number of pages were exhibited on the very rarest of occasions. In 2005 the book was locked away for good: due to the damage the parchment had sustained it was deemed too vulnerable to be put on display, which is why this ‘hidden treasure’ remains unknown to the public at large. The exhibition is going to change that, with Museum Het Valkhof – almost 10 years after the successful exposition on the Limbourg brothers – getting the international and one-time premiere of exhibiting a selection of 40 pages that are representative of the unprecedented wealth contained in this highly personal document. The selection will be presented in two parts of 20 pages each, which will be swapped half-way through the exposition 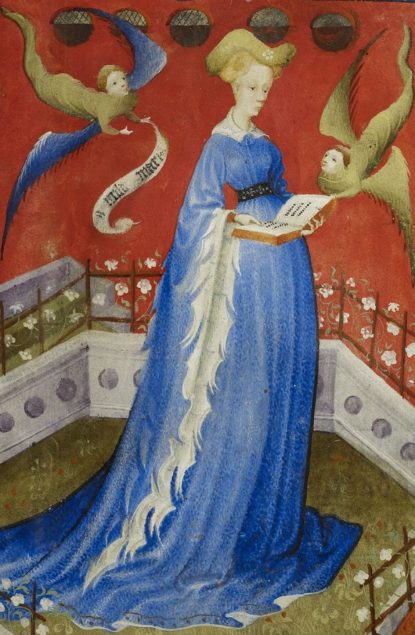