Hercules Segers (1589/90-1633/40) is one of the most intriguing artists of the Golden Age. In his own time his idiosyncratic paintings were appreciated by enthusiasts and other artists. Rembrandt had at least eight of his painted works. The modern character of his art and its great rarity has given Segers almost mythical status among experts.

In the autumn of 2016 the Rijksmuseum Amsterdam and the Rembrandt House Museum will each devote an exhibition to the unusual landscape artist. This combined exhibition programme will be a unique opportunity to shed light on Hercules Segers himself, as well as his importance to art through the centuries.

Under the spell of Hercules Segers. Rembrandt and the moderns.

For centuries, driven by admiration and rivalry, artists have influenced one another. Rembrandt is regarded as one of the world’s greatest artists, but even he sought inspiration in the work of others he admired. He was a great lover of the work of the eccentric Northern Netherlandish landscape painter and printmaker Hercules Segers (1589/90-1633/40). Segers is one of the most intriguing figures of the Golden Age. Rembrandt was fascinated by his paintings, and the experimental nature of Segers’s prints certainly encouraged him in his own printmaking. He shared his fascination with Segers with his pupils and other artists in his circle of friends.

There was a revival of interest in Segers’s work at the beginning of the twentieth century, and several printmakers used it as an example in their teaching. The eminent British printmaker Stanley William Hayter introduced Segers to artists in Paris and New York, Max Ernst among them. There are contemporary artists, too, who see Segers as a unique source of inspiration. This subject has never before been addressed in a book. Under the Spell of Hercules Segers: Rembrandt and the Moderns, with beautifully illustrated essays by Mireille Cornelis, Eddy de Jongh and Leonore van Sloten, accompanies the exhibition of the same name in the Rembrandt House Museum.

Available through the Hercules Segers Stichting at info@herculessegersstichting.nl 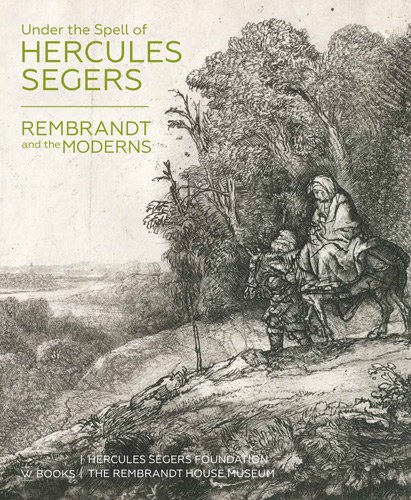