Location of the exhibition 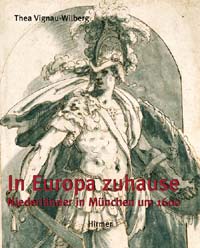 The late sixteenth century was a flourishing period for the visual arts at the court of the dukes of Bavaria in Munich. Duke Wilhelm V (reigned 1579–97) embarked on a number of large-scale projects, including building campaigns that attracted famous painters, sculptors and stuccoworkers to the city. Exquisite items, made in Munich or imported from other countries with the help of agents, were added to the ducal Kunstkammer. Family connections meant that close ties already existed between the courts of Munich, Innsbruck, Florence and Prague. In addition, Munich maintained close economic and cultural links with Augsburg, home of the Fugger banking family, and Venice, a major centre of international trade.

Throughout the sixteenth century the Dutch and Flemish played an outstanding part in virtually all areas of artistic endeavour at an international level. Increasingly, political and religious factors led them to leave their country and seek a livelihood elsewhere. They went where major undertakings commissioned by powerful patrons promised work. Artists such as Frederik (or Federigo or Friedrich) Sustris and Pieter de Witte (or Pietro Candido or Peter Candid) were active in Florence before being called first to Augsburg by Hans Jakob Fugger, then to Munich by the dukes of Bavaria. Their activity in Munich was wide-ranging and Emperor Rudolf II could not induce them to move to Prague. Flemish artists were first involved in remodelling Trausnitz castle in Landshut in the Florentine manner, then in decorating and furnishing new sections of the ducal residence in Munich (the Grotto Court and the remodelling of the Antiquarium) and finally in the building of the Jesuit Church, which made Munich a centre of the Counter-Reformation. The sculptor Hubert Gerhard from ’s Hertogenbosch created monumental fountain figures in the style of Giambologna. Portraiture was the province not only of Hans von Aachen, but also of Engelhart de Pee of Brussels and Abraham del Hel of Antwerp. Along with other members of the Sadeler family of engravers, Jan, Raphael the Elder and Aegidius moved to Munich from Frankfurt am Main. Hendrick Goltzius was welcomed as a guest by the Sadelers on his journey to and from Italy, and in 1594 he dedicated his Master Engravings to Duke Wilhelm V. Artists such as these attracted like-minded spirits, among them the learned miniature painter Joris Hoefnagel from Antwerp. The painters Hans von Aachen and Christoph Schwarz belonged to this circle.

Natives of the Netherlands occupied leading positions in other areas as well. The composer Orlando de Lassus, from Hainault, had already been active in Munich for many years, and Johannes Barvitius was councillor to Wilhelm V. before becoming Rudolf II’s private secretary. The first provincial of the Jesuit order in southern Germany, Petrus Canisius of Nijmegen, spent much time in Munich. The abdication of Duke Wilhelm V in 1597 as a result of the ruinous state of the Bavarian finances signalled the end of Munich’s brief period as an international artistic centre.

Comprising miniatures, drawings, prints, paintings and items of decorative art, the exhibition aims to provide a vibrant picture of Dutch and Flemish involvement in the arts in Munich c. 1600.

The catalogue, published in German and English, will contain a series of introductory essays outlining cultural activity at the Munich court and the part played in it by Dutch and Flemish artists during the last three decades of the sixteenth century.