The image of a knight in shining armor is a story of misunderstandings: we think of him as a medieval warrior both brave and manly but also immobile and clumsy, encased in heavy steel armor  apparently designed solely for fighting – whether on the battlefield or in tournaments, a sport that seems savage and martial to a modern day spectator. The gentle knight displayed his chivalrous side only in the company of ladies.

The origins of many of these stereotypical images and the roots of our romantic-glorifying ideas about knights and armor and the concept of masculinity associated with them are much younger than one might imagine: most are based on nineteenth-century depictions that continue to inform modern literature, films, TV productions, and popular culture – from Ivanhoe to King Arthur, from Monty Python and the Holy Grail to Lord of the Rings and Game of Thrones. The exhibition Iron Men – Fashion in Steel at the Kunsthistorisches Museum addresses these misconceptions about armor. It take a fresh look, often from an unexpected vantage point, and explores what life was really like for these ‘iron men’. 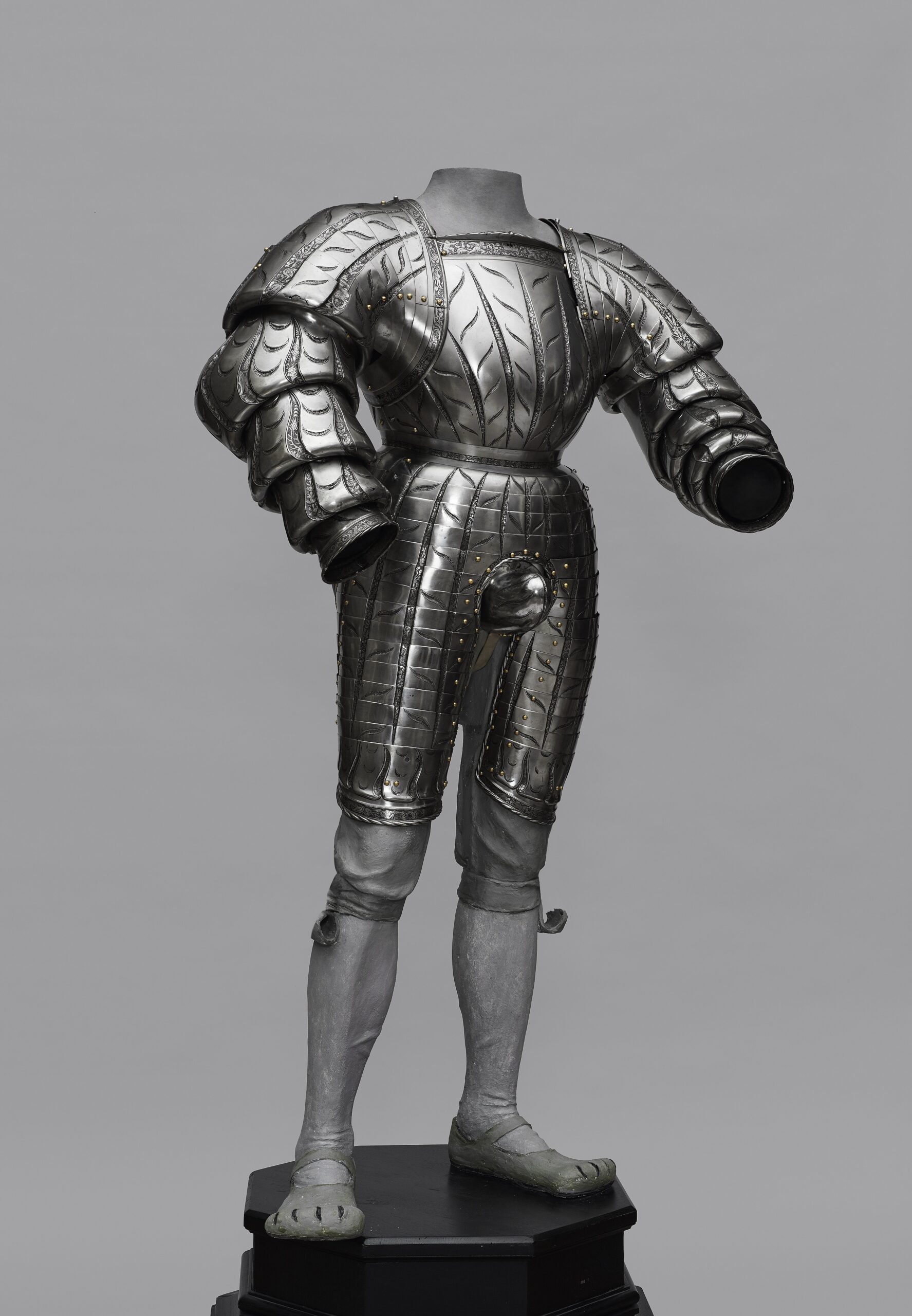 Armor, or to be exact, plate armor that completely encases the wearer’s body, is not a medieval phenomenon but dates from the early modern era: the first fully functioning sets of armor were produced in northern Italy in the early fifteenth century, and they reached their apex during the following two centuries, the Renaissance. Time and place where steel armor was worn are clearly demarcated. It was a European invention and was mainly worn in Europe. It was optimized for the specific conditions of warfare between the early fifteenth and the first half of the seventeenth century, for fighting with lances  and swords and as a protection against infantry weapons such as pikes, arrows, and crossbows. Changes in these conditions, especially the growing prevalence of increasingly powerful firearms that began in the middle of the sixteenth century, played a major role in the demise of the harness as military protective clothing.

Celebrated armorers like Lorenz Helmschmid at Augsburg and Filippo Negroli at Milan were highly-paid specialists who created exceptional and unique artworks. Every armor reflected the aesthetic preferences of the period in which it was produced. Some armorer played with the fashionable side of armor, creating things like armoured skirts and puffed sleeves that imitate the extravagant attire sported by the landsknechts, mercenary troops from southern Germany.

For more information about Dutch armor in the collection of the Kunsthistorisches Museum Vienna, also see Armor – Fashion in Steel and Silk by Dr. Stefan Krausse (CODART, 2017)